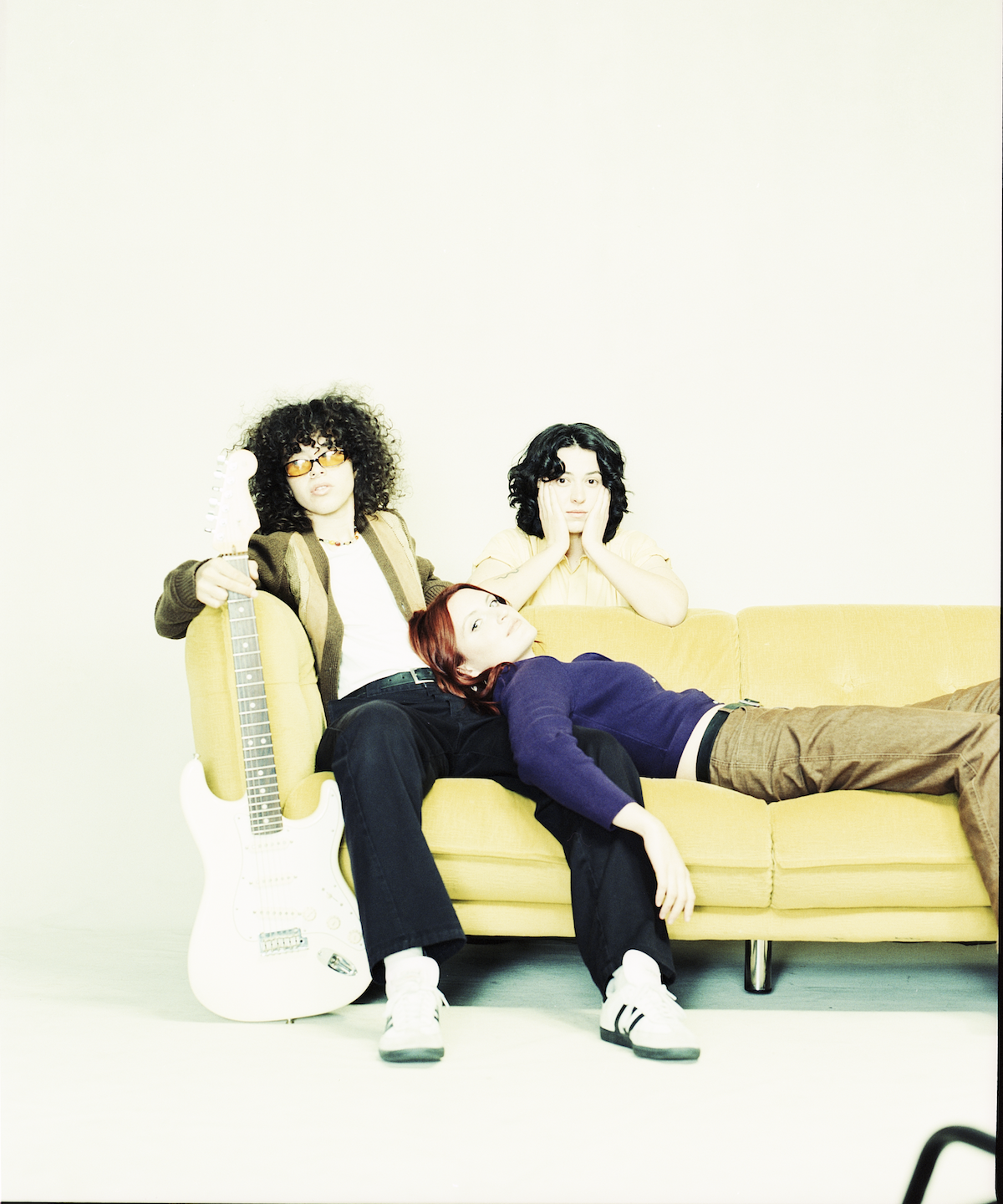 Los Angeles-based trio MUNA released their highly anticipated and career defining self-titled album to critical acclaim last month (via Saddest Factory Records) and this month they will hit the road in support of it. On August 5 they’ll make a stop in Louisville, KY to perform at Headliners Music Hall. The band is composed of Katie Gavin (she/they), Naomi McPherson (they/them), and Josette Maskin (she/they). “Silk Chiffon,” MUNA’s instant-classic cult smash, featuring the band’s new label head Phoebe Bridgers, hit the gray skies of the pandemic’s year-and-a-half mark like a double rainbow. Pitchfork called it a “swirl of stomach butterflies,” NPR a “queerworm,” Rolling Stone “one of the year’s sweetest melodies, radiating the kind of pure pop bliss so many bands go for but almost never get this right.” For Naomi McPherson, MUNA’s guitarist and producer, it was a “song for kids to have their first gay kiss to.” And several thousand unhinged Twitter and TikTok memes bloomed.

Gavin, McPherson, and Josette Maskin, MUNA’s guitarist, are coming up on ten years of friendship. They began making music together in college, at USC, and released an early hit in the 2017 single “I Know a Place,” a pent-up invocation of LGBTQ sanctuary and transcendence. Now in their late twenties, the trio has become something more like family. They spent much of the early pandemic as a pod, showing up for each other and for MUNA — a project that at this point feels bigger than them — even when they weren’t sure about anything regarding the future. They’d been dropped by RCA, and there was little in terms of income, no adrenaline to work off of, no live shows with audiences reminding them of the succor their songs provide. They asked each other: Is this career even feasible in this new reality? Can we find a way to be self-motivated, to be fulfilled intrinsically? For months, they surrendered to this confusion, to the reality of being humbled by change. MUNA, the band’s self-titled third album, is more than a return. The band’s period of uncertainty and open questioning burned everything away, leaving a feat of an album — the forceful, deliberate, dimensional output of a band who has nothing to prove to anyone except themselves. You can connect with MUNA via the following links and can find a full list of tour dates below. You can read their Alternative Press Cover Story HERE, Pitchfork HERE, and listen to them on NPR Morning Addition HERE. Photo credit: Isaac Schneider. Bio taken from press release.
Website | Facebook | Instagram | Twitter | Spotify | SoundCloud | iTunes/Apple Music | YouTube | Deezer | Bandcamp | Tik Tok