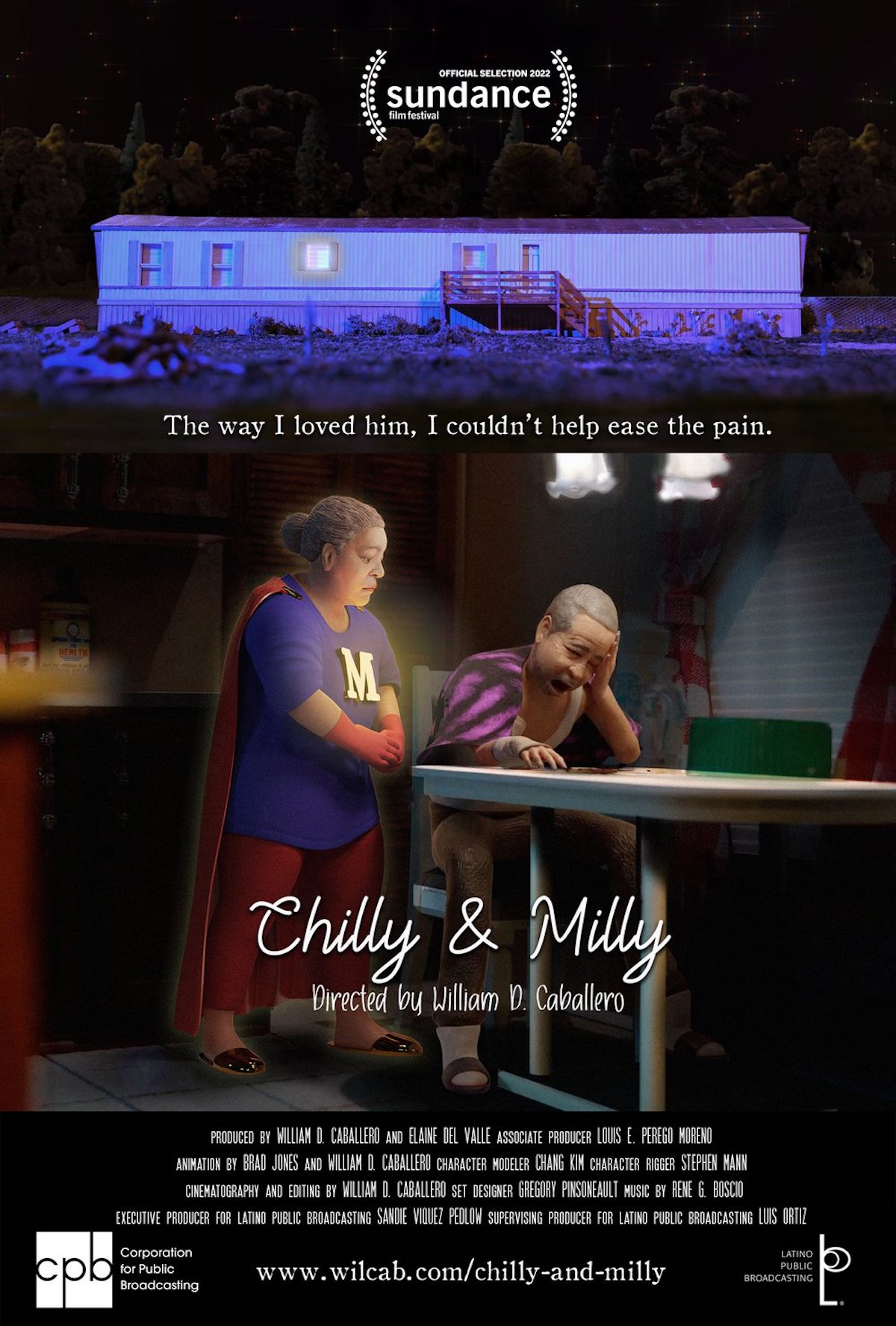 Chilly & Milly, the powerful and gripping 3D animated short film by William D. Caballero about love, loss, and the flaws in our healthcare system for many Latinos, appears on the PBS Short Film Festival running from July 11-22, presented by Latino Public Broadcasting. You can watch the short film HERE.

Chilly & Milly, which made its world premiere at this year’s Sundance Film Festival, has already qualified for an Academy Award in 2023, and takes place 11 years after Caballero filmed the documentary American Dreams Deferred. This feature length documentary, shot during his last year of graduate school at NYU in 2007-2008, explores the life of various members of his Puerto Rican-American family during his visits home during his last year of grad school. One prominent storyline includes his father Chilly’s search for a kidney transplant. Chilly, William’s father, is a diabetic with kidney failure, whose illness detrimentally affects his and his family’s lives. Milly sees her sole purpose in life as a selfless caretaker to her loved ones. While watching the documentary, Chilly and Milly discuss their life together, their successes, and setbacks. When Chilly passes away during the pandemic, Milly comes to terms with her loss. With Chilly’s passing, Milly is tasked with finding a new purpose in life. The PBS Short Film Festival elevates the reach and visibility of independent filmmakers from across the country. Since its inception in 2012, hundreds of films celebrating love, acceptance, family, strength, equality, friendship, loyalty and more have been presented under the festival’s banner. The 2022 festival features “Stories that Stick” to highlight the impact of powerful storytelling. Bio taken from press release.