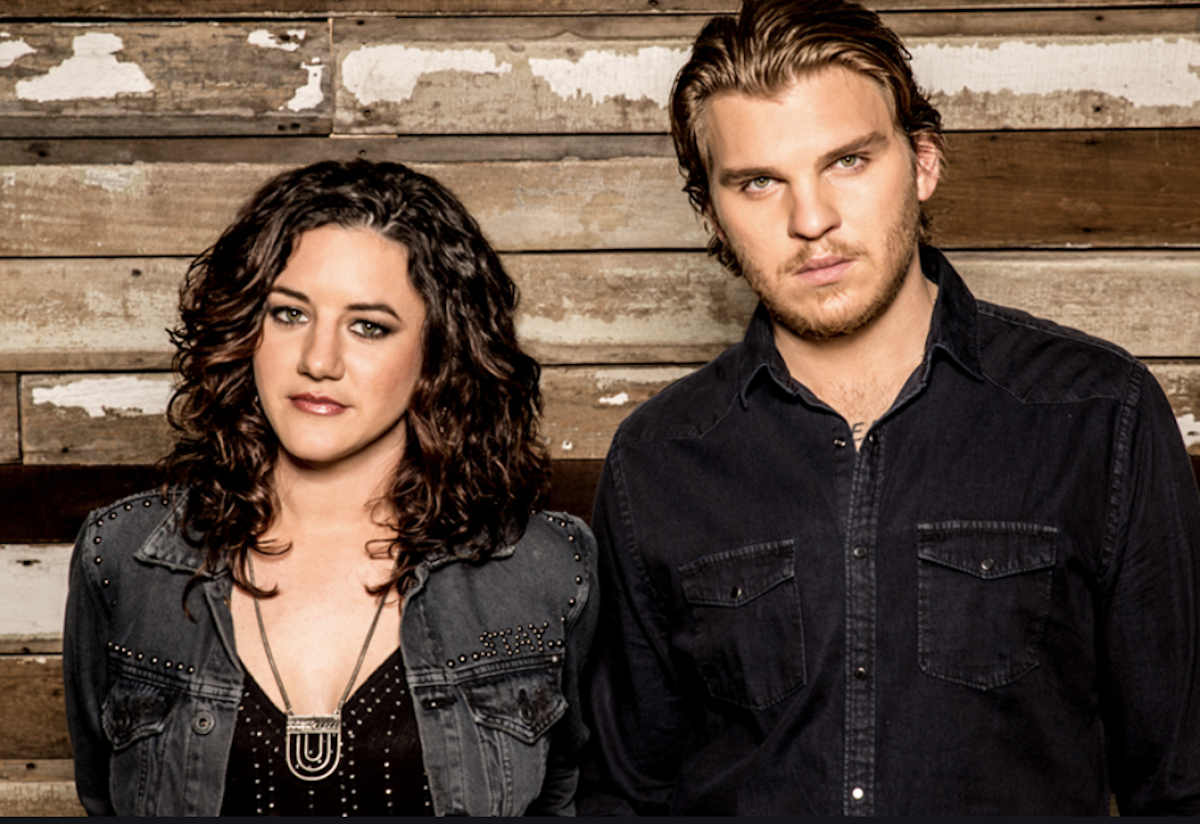 Texas-born, Nashville raised duo Moonlight Social have just released their latest single “Old Love” ahead of their new album to be released later this year.  Moonlight Social is an alternative music duo formed by Jeremy Burchard and Jennica Scott, longtime best friends who met as members of The University of Texas Longhorn Band (Burchard as a member of the drum line, Scott as a trumpet player).  The duo cut their teeth on the road, playing hundreds of shows out of their home base of Austin, Texas, and in 2016 they relocated to Nashville, Tennessee.  Their 2018 EP Make You Smile debuted on the Billboard charts and The Huffpost called lead single “simply irresistible.”  Co-written by the duo’s Jeremy Burchard and Jennica Scott, “Old Love” seams together Scott’s country vocals with Burchard’s twangy guitar lines and confident harmony to create a beautiful song about past love.  Beginning with gentle guitar riffs, the song is a stripped down blend of alternative and country styles.  With the guitar as the backdrop, this single focuses on narrative and emotions.
Burchard shares of the song:  “We like to say “Old Love” is kind of like being a fly on a park bench during a bittersweet breakup.  You know the kind, where the people still hug at the end?  This is that song.  It’s not about anger or confusion or bitterness or empowerment or any of those other totally valid feelings you go through during a breakup.  It’s the musical embodiment of that moment you let out a deep sigh and say to yourself, “Well….shit.”  This song is special to us because, through its simplicity, it highlights the foundation of this band: two voices, a guitar, and unfiltered honesty. And also a saxophone solo ; )”.  The first verse is the acknowledgment of the end of the relationship. Scott sings with a maturity that captures the feeling of acceptance and Burchard then joins in for the chorus where the two former lovers admit there were things they realize they did wrong.  By the end of the piece, the relationship is officially ended and they admit that “all that’s behind us now” while noting the feeling of being forgotten (“Remember we were friends; this is where that ends”).  The raw lyrics combined with the guitar and harmonies effectively captures the beauty of expired love. For fans of raw storytelling and an unplugged sound, “Old Love” is the perfect listen.  You can connect with Moonlight Social via the following links:
Website | Facebook | Instagram | Twitter | Spotify | Soundcloud | iTunes/Apple Music | YouTube | Deezer | Google Play