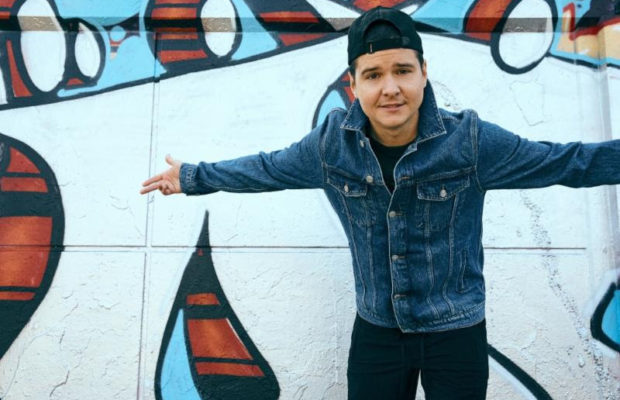 Grammy award nominated artist multiplatinum Lukas Graham, returns today with the release of new single titled “Love Someone”m which you can stream below. The song takes an honest, intimate look at human emotions, and is described by Lukas as being about “the kind of love I’m feeling that I’ve never felt before.”

This new single sets the stage for the release of Graham’s highly-anticipated new album, 3 (The Purple Album), on October 26 via Warner Bros. Records. Lukas has stated that this new album is is for his daughter and sees Lukas push deeper still, holding a magnifying glass up to his life, laying bare his vulnerabilities and his fears, his sadness and his joy.

Written and recorded almost entirely between September 2017 and April 2018, Lukas spent two months in Copenhagen before decamping to LA with his fiancé and daughter to finish the record alongside his long-term team—“his boys,” producers Morten “Rissi” Ristorp, Morten “Pilo” Pilegaard, songwriter Stefan Forrest and engineer David LaBrel. Together they create a special kind of alchemy: easy pop hooks alongside soul-baring poignancy. Lukas says simply, “It’s a more mature record, definitely, but it has more life in it.”