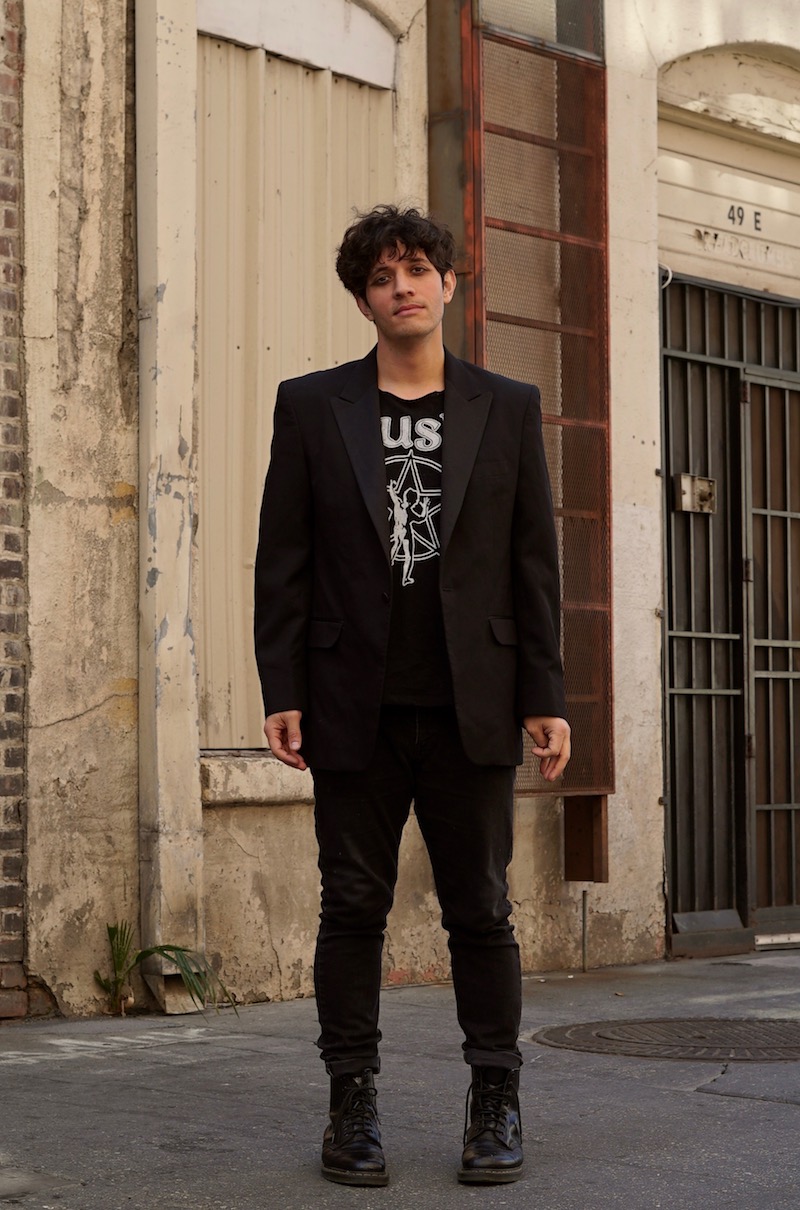 kidgloves is a project by producer/songwriter Cody Aledia.  Growing up as one of four, Alediaʼs brothers and sisters were competitive in sports and academics while Aledia found refuge in music. Deeply influenced by his musical grandfather who emigrated from the Philippines during World War II, Aledia joined the youth symphony orchestra at 11 years old and began dedicating himself to the upright bass.  At 12, emboldened by his own father who was the frontman of a pop-rock band, Aledia picked up the electric bass and formed the first of what would become many bands in which Aledia was never the singer but always the musical leader.  His grandfather tragically passed away soon after and Aledia only further sunk himself into music – dedicating himself to the field that his grandfather was unable to pursue as an immigrant.  In the mid-2010s, Aledia worked as a session musician in Columbus which brought him to the NYC music scene.  After a few years spent subway hopping from gig to gig, Aledia made the move from the mad buzz of New York to the serenity of the West Coast––where he began writing and producing in the local LA scene.  Through this collaboration came the discovery of his own voice; and though he never imagined himself as a vocalist, kidgloves began to materialize.

And so the project was born.  Borrowing its name from a Rush song, kidgloves is an ode to his favorite childhood band in nomenclature but not much else.  The project brings to light simple, acoustic-driven production peppered with sparse synth, creating a chill yet upbeat sound cloaked in moody melodies and lyrical conviction.  kidgloves began with “Satellite”, a song that came to Aledia while musing with friends over the nostalgia of the past – yesterdayʼs mystique, a time when stillness was spent riding waves of imagination.  The song poured out; Aledia shared it with his friend Emily Brimlow who was moved by its unique perspective and helped finish the story.  Society is changing by the second, yet one thing remains constant – the world is spinning under our thumbs, and we all seem to be okay with it.  Itʼs a song about being tethered to the damn telephone.  Today sees the release of his 4th single “just friends” under London-based Frtyve records and Aledia plans to release his first full album by the end of 2021.  “just friends” branches a bit out of kidgloves previous releases, which featured a more mellow tone and atmospheric traveling sound as found in “Highway”.  “just friends” brings listeners more of an upbeat, pop guitar-laden sound you can’t help but sing-a-long to.  Overall bringing light to the unique and exciting future of songwriting that kidgloves is bound to bring us.

Cody (of kidgloves) on “just friends”:
“‘just friends’ is a song about being brutally friend-zoned by an ex. Itʼs about having to reinvent a relationship with someone that you used to be intimate with. ‘Poor soul it takes some time to get over yourself’ is a tip of the old hat to the cliche your close friends may tell you when youʼre dealing with both the heartbreak warfare and what you need to admit in order to get over your own pity and move on. Itʼs sort of an anthem to say ‘wake the f*ck up, itʼs over.'” 🙂