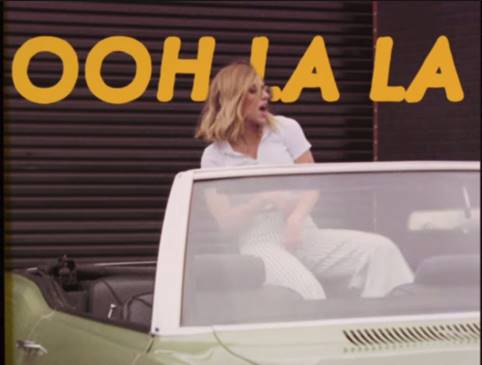 Nashville pop artist Josie Dunne has released her latest single “Ooh La La”, following the prior release of “Mute” and “Same” from her upcoming EP to be released this fall.  She has been gaining plenty of industry attention since the release of her debut single “Old School” in January of 2018, followed by her debut EP To Be The Little Fish in May that was co-written alongside Nathan Chapman (Taylor Swift/The Band Perry) and Amy Wadge (Ed Sheehan/Camila Cabello).  Blending soul with pop, she has an classic sound with modern twist.

Josie has been busy the past few months, spending much of this year on the road, touring first with Ben Rector & then Julia Michaels on her US headline run (March/April/May). She also recently partnered with Sperry’s and Zappos For Good to create a limited edition shoe made of yarn spun from recycled water bottles found in oceans and coastal regions.  You can follow Josie Dunne and stay up-to-date with all upcoming news, new music and tour dates, as well as stream and purchase her music, via the following links.  Check out the video for “Ooh La La”, as well her upcoming tour dates, below.