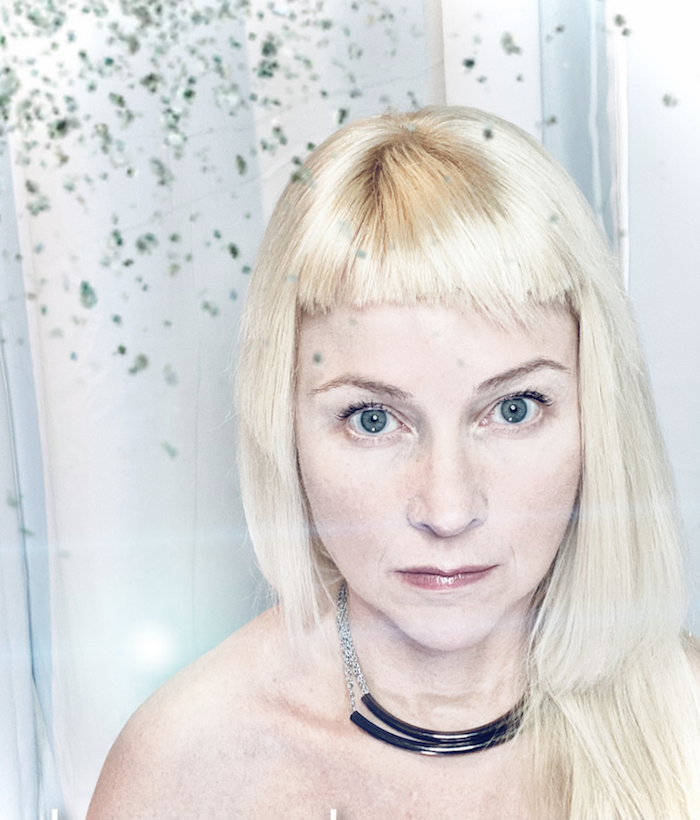 Out into the world this week, Jane Jensen’s new album Enchant is the perfect meditative audio fantasy for relaxing in a time of uncertainty and turmoil.  Jane Jensen is an award-winning singer/songwriter with an impressive career and catalogue.  She’s had her music released through Interscope, Fiction UK, and many others including Autozen Music, her own label.  Her music has been featured in many film and TV shows such as The Good Wife, Slither by Universal Pictures, MTV and more, and is currently working as a songwriter for FOX Entertainment TV.  Recently Jane has also been focusing on her own music by constantly evolving and changing as an artist, producer and songwriter.  Jane Jensen is an ever-evolving artist. Her music has been awarded by ASCAP Plus, Unisong and JPF Music.  Her first release, Oxygiene 23 through Fiction UK (The Cure) was an ambient chill-out room favorite in the Chicago industrial music scene.  She moved on to a career in alternative rock, finally signing with Interscope Records and touring the US and Australia.  The new album offers solemn chants, mantras and ethereal music meditations for escape, comfort and healing during these pandemic days.  Enchant is the perfect meditation tool for those who struggle with the practice.  Featuring Jane’s sweet, soaring voice and soothing lute within a hypnotic arrangement of strings, bass and percussion, this could be a cure for whatever ails.

“Tikkun Olam is Hebrew for “repair the world.” This is a central concept in Judaism. When I first heard the phrase I was so inspired – This is everyone’s call to action whether in large or small ways. Visually I wanted to superimpose the sacred geometry that I used to create the album art over an urban landscape. Video director Sean Sweetman brought the visuals to life for me in a deeply moving way.“- Jane Jensen

Enchant is a seven-song meditative mantra that speaks true to the constantly evolving artist and is described as a “pure audio fantasy”.  Starting off with the song “Atha”, she begins the album with a beautiful guitar picking melody and various orchestral background instruments.  The intro is quickly followed by an echoing chant that draws the listener in and ends again on a stripped back instrumental note.  Track three, “It’s You I Love” is a flute based ambient song with melodic vocal harmonies and whimsical bells.  The whole album itself can only be described as a spiritual aural experience and is an interesting experimental approach to music.  Once you start you’ll want to listen over and over.  You can connect with Jane Jensen via the following links: