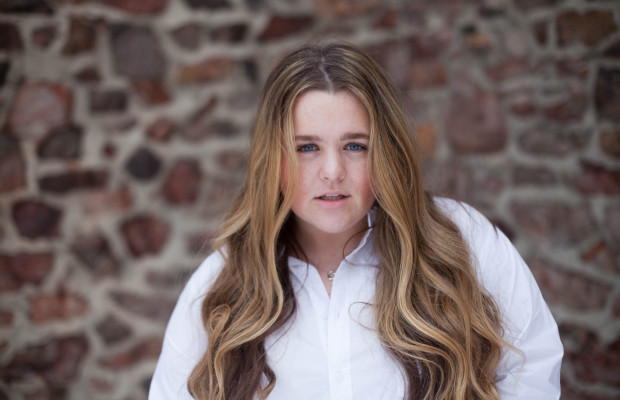 Kenzie Moore is an up and coming singer/songwriter from Chicago, IL who has recently released her debut EP, which you can stream on Spotify or purchase on iTunes. We had the chance to interview Kenzie – read it below!

Were you always interested in becoming a singer/songwriter?
Well, I have always loved singing ever since I was a little girl however, with that, I had never thought about actually writing my own music up until a few years ago. It was always just a hobby of mine, singing and music, until I really dove into piano. After practicing the same songs over and over again, I realized I wanted to hear something new, and alas, a songwriter was born. (Fairytale story, right?) However, due to my ONE creative writing class I barely passed, my lyrical side of songwriting took a bit more time to build. Luckily, it has grown through the past few years.

What’s your creative process like? Are you when the inspiration strikes writer? Or the I’m going to make myself write regardless of what I’m feeling?
I am definitely an inspiration strikes writer. If I don’t have something or someone to write about, whatever I write ends up as crap in all complete honesty. It’s so difficult to have the patience to kind of wait for inspiration to strike… but honestly, I can always find something to write about after a solid season or two of a show on Netflix, at least thats what I tell myself when I’m wasting my life away watching it.

Who were your influences while working on your “Stories EP”?
You know, thats a hard question. Adele and Christina Perri were both big for “Kaleidoscope” and “Invisible”. Ed Sheeran has always been a big influence to me in general, as well as Sia. Those two were influential in general throughout the EP and still continue to be while I’m writing my second one. Overall, I play around with different artists in different genres depending on whatever song I’m working on if that makes sense.

Just starting out in the music industry, besides wanting to create and perform your art, is there anything you’d love to change about the current climate of the industry?
Oh man, before I answer this, I will accept any rolling of eyes with a grain of salt. Haha. But, I really want to get back to REAL music. The music that you can tell the artist actually feels emotionally attached to that song. I don’t like music where you can’t or don’t feel anything, or maybe music that people would refer to as “mind-numbing”. I hate that shit. I feel as though many people have said this before, but frankly, I’ll say it again, if we can get back to when music was the language was the one connection through all of the world? (Cue rolling of eyes) I love LOVE music. Its my favorite thing in the world because of the way it makes me feel and I want to share with the world.

What’s something that you want the world to know about through your music?
I am a really passionate person. Not just regarding music, but in almost everything I do. When I am doing something, I tend to give it my all, and also doing so with an open mind. I have been called naive but I prefer the term positive. Haha. Each lyric I write, shares a connection to my life, story, relationships in some way and I think, or hope rather, that people can hear that when they listen to my music.

Are you currently working on anything new?
Yes! I actually was in the studio just this week working on some new songs for my eventual full-length EP. The best part about these two songs is they are completely different. I’ve got one that has a beachy, exciting feel and then a slower, sad song that could probably give Adele’s “Someone like You” a run for her money on saddest breakup song ever.

What are excited to accomplish in 2016?
Well first, graduating college. Definitely something I’m excited about. I’m also working hard to release a full length EP that I’ve started recording and I’m so excited to get that out there! I also think doing more live performances is something i’m looking forward to in 2016, as much as I enjoy singing to the cemetery of old shampoo bottles in my shower.