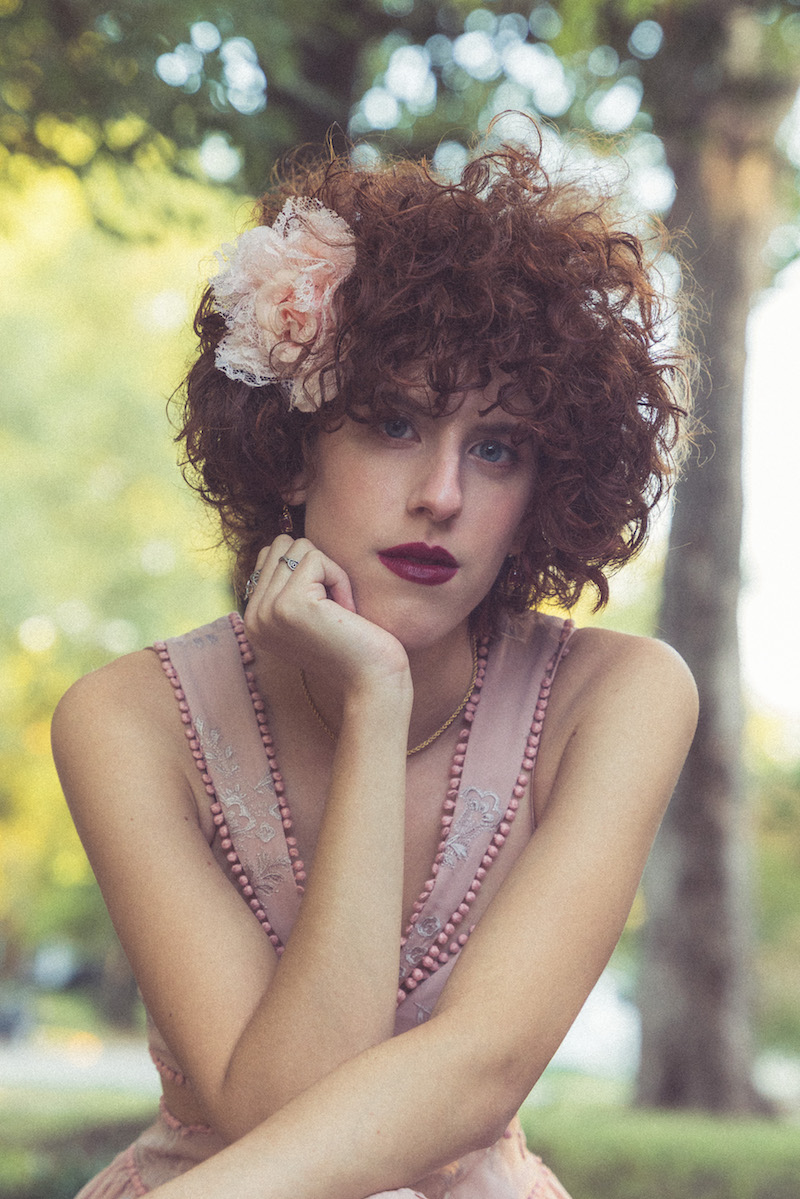 “I’m constantly inspired by the world around me – the smallest objects or actions can spark inspiration and become a song, just because they came at the perfect time. Art doesn’t always have to be about big, loud, life-changing things; it can be about the quiet days spent over a mug of tea, too.” -Marta Palombo

If Joni Mitchell and Florence + The Machine had a 21st century hippie daughter, it would be Marta Palombo.  Hailing from Florence, Italy, she found her home in Nashville, Tennessee where she spends her time writing, recording, performing, and curating a cabinet full of local teas.  Marta effortlessly weaves diverse influences and genres into her own unique blend of off-kilter folk-pop.   Initially honing her wordsmithing and performance skills through poetry, Marta found nationwide recognition as Poetry Out Loud’s 2016 Georgia State Champion and National Runner-Up.  After moving to Nashville, she geared her talents towards writing music full-time, releasing a steady stream of covers in English and Italian, as well as original compositions.  Marta has already made quite a name for herself in Music City, garnering a very loyal fan base.  She’s played at well-known venues like Café CoCo, True Music Room & Bar, Commodore Grille, Bowery Vault, Two Old Hippies, Boulevard Records, Just Love Coffee and Belcourt Taps.  In addition, Marta has added both the Schermerhorn Symphony and Bridgestone Arena, where she sang back-up for Josh Groban, to her impressive musical resume.

Marta’s biggest hit came from an acoustic cover of LP’s 2015 single, “Lost On You”, soon followed by her debut extended play: 2016’s Revisions.  Half personal introspection and half mission statement, the EP evokes imagery of halcyon days with hopes for the best of times to come, and a willingness to revel in the unknown, no matter the consequences.  The single “Sparrows” followed in 2017, as well as two new songs in 2018: the soul-baring ballad titled “Bitter End” and the bubbly, optimistic “Gold.”  Her single “Him,” released in 2020, received international acclaim and won the Vox Pop Award at the 18th Independent Music Awards.  Admiring her roots while simultaneously eschewing the traditional notions of what a singer-songwriter should be is paramount to who Marta Palombo is as an artist.  With Marta, there is always new music on the horizon.  As 2021 commences, she will begin a new journey, releasing a breathtaking series of reflective songs titled “The Quarantine Tapes,” which she recorded during the COVID-19 pandemic.  True to her signature style, the series will continue to demonstrate her ever-growing passion for telling life’s most compelling stories, both big and small.

Palombo recently released her latest single “Sketches”, the first in a series of songs she will release this year as “The Quarantine Tapes.”.  Offering warm and atmospheric instrumentation, ethereal melodies, and poignant, contemplative lyrics, “Sketches” is an intimate glimpse into a defining period in Palombo’s life, when she found herself re-evaluating her place in the world and learning how to begin again.  Providing listeners with shelter from life’s darkest moments, the breathtaking, poetic song showcases her remarkable gift for storytelling and her stunning folk-pop style, which continues to enchant listeners around the world.  “I was dealing with the shattering of a lot of expectations — not only was I not nearly as put-together and grown up as I thought I would be at 22, but I was now facing a global pandemic that had taken every important person, event, and aspect of my life and put it on hold,” says Palombo.  “It put me in a very raw, open position, and it felt very much like I was a sketch.  I had spent months sketching myself out, and just as I was about to paint in the detail, the life, and the color, I had to stop.  At the time, I had no idea when I was going to be able to pick back up again.  So “Sketches” is a reflection on what my 22 felt like; uncertain, disillusioned, and raw.”  You can connect with Marta Palombo via the following links: