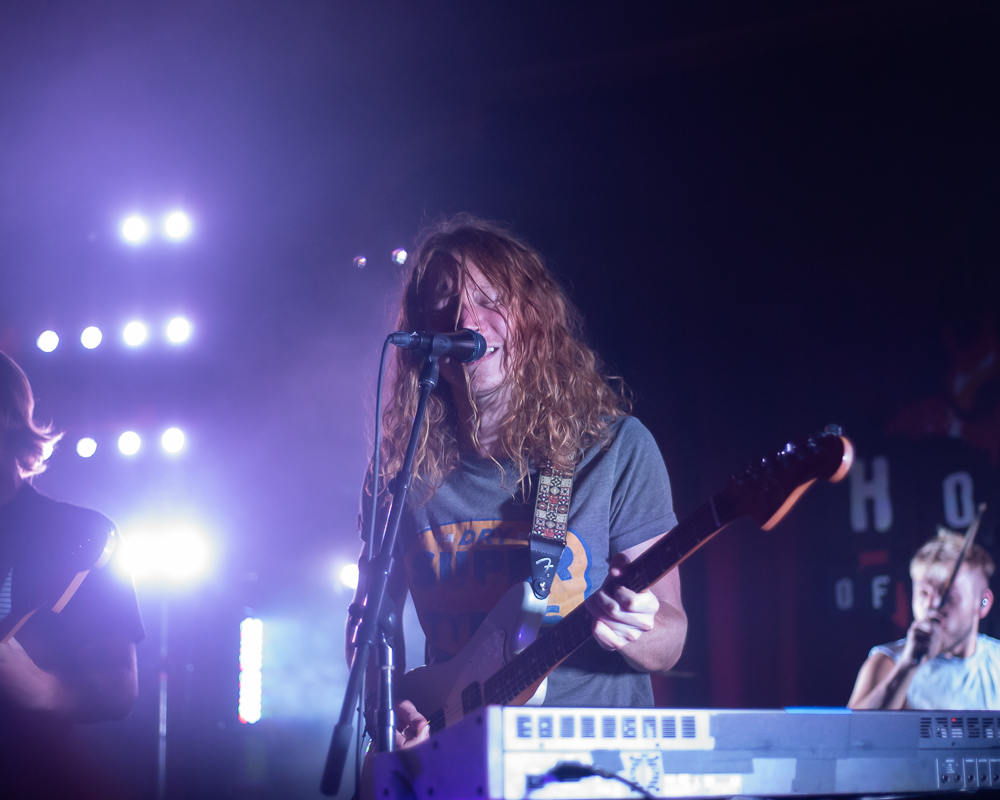 There is something truly amazing about fandom. There’s a synergy that comes between fans and bands and nothing is more exciting than when everyone in the crowd is hyped for the performance. The first sold-out night on the OnesToWatch tour with flor headlining took place in Houston, Texas at the House of Blue’s Bronze Peacock Room. It’s a rare occasion for a every single artist to get stage and have a crowd full of people excited and seeing along.
First to perform was Lostboycrow. Lostboycrow weaves and blends various music genres to create something new. Lostboycrow, also known as Chris Blair has clear sultry vocals that are swoon worthy. Sexy and smooth Lostboycrow joined by a drummer worked through a small set songs closing with “Devil’s In The Backseat”. This was my first time seeing Lostboycrow live and I quickly learned that it’s wasn’t going to be my last. With debut album Santa Fe just released I’m excited to see where this artist is going.
Following Lostboycrow was indie-pop duo Joan. With a modern with a retro-flair joan was a band that I heard a lot of buzz about from fans while waiting in line of the show. The Little Rock, Arkansas band is like a less cheesy Savage Garden (note: I will proudly blast “Truly Madly Deeply”, that doesn’t mean I still don’t find it cheesy) for the today. Getting on the tiny stage of Bronze Peacock joan played with the energy of an arena. The fans turned the standing area into a club. If you’re not in love then you probably wanted to be after seeing joan play. Songs like “love somebody like you” and “Take Me On” are the perfect soundtrack for a teen movie and they were delightful to see live.
The headlining boys flor took the stage after joan. After interviewing flor before the show I had a good idea of what to expect, but even then it was so much better than what they described. Their brand new album ley lines was created to be played live. Like a musical or theatrical score not only is ley lines and audio experience, but a visual one as well. The band remarked on how the last time they played the Bronze Peacock it was for six people, some were even sitting on the floor. It’s a completely different experience. Considering that they really wanted to promote ley lines the setlist did an amazing job accommodating the bands previous work along with a majority of the tracks being from ley lines.
It was great to be in the center of a crowd with everyone singing along. The connection that the fans have with band is a special bond that is wonderful to experience. To feel that with every artist that performed that night was a rarity that I wish I could see more often. All these bands deserve everyone’s full attention when performing especially flor who put so much into who they want their performance to look in sync their music. Live is definitively the best way to hear all of these artist.