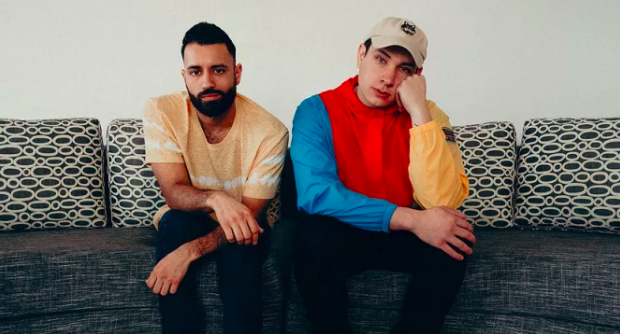 Alt-pop duo The Habits recently released the music video for their feel good Summertime single “Thirsty”. The video takes place on the world famous Santa Monica Pier in southern California and is the second single off of the duo’s debut self-titled EP, released June 14.

The Habits met each other in the blue-collar town of San Pedro, just far enough away from the glamour of the Hollywood glow to be isolated. Comprised of singer/guitarist Wolf Bradley and drummer Andrew Macatrao, The Habits ground their music into bite-size melodies that are impossible to get out of your head. Their music is accompanied by slightly melancholic lyrics that tell a story of love, loss, and everything in between. Their alt/pop sound is unique to them but stems from incongruous avenues of inspiration. From Maroon 5 to Cage the Elephant, The Habits’ music makes you wanna dance and hits you hard in the feels. The duo grew up together in Southern California and are more like brothers than band members. Playing pretty much every bar, club, basement, and alleyway in LA, they’ve honed in on their live show skills, giving their audience a lively and fun show experience.  You can follow the band and stay up-to-date with al upcoming music, news and tour dates, as well as stream and purchase their music, via the following links:
Facebook | Website | Instagram | Twitter | Spotify