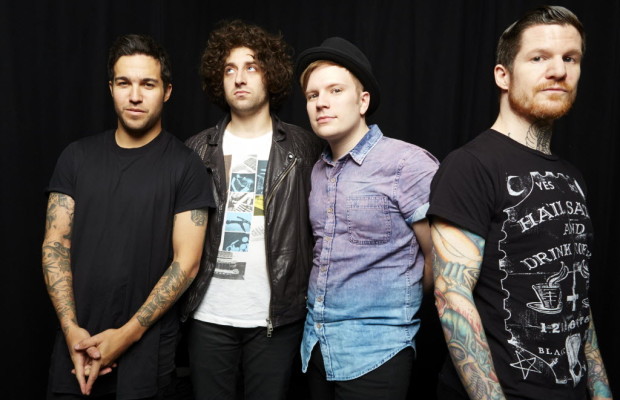 Fall Out Boy will release their new album, American Beauty/American Psycho, on January 20th. You can stream the title track here and read a message from the band below.

The moment where a shadow lets you know where the sun was streaming in. the odd place where light and dark meet. there is a threshold. we all can feel it- it is something palpable… the idea that no matter how much an animal is domesticated- there is still something wild in it. declawed but we take/make the best monsters. we semi-civilize them. we put bears in suits on tricycles. we keep wolves warm from the winter in hen houses. then we wonder why they maul the hearts of what we hold the most dear. but make no mistake you brought them into your house and thought they could become a pet. we have infiltrated you. now we are inside you like a disease. this is a modern love story- coming together and unravelling all at once….

“the cancer of time is eating us away. our heroes have killed themselves, or are killing themselves. the hero then, is not time, but timelessness….” henry miller

we thought about where this all began but razing it and starting again. so we reached out to a kindred spirit in sebastiAn- from the past he mined some of the future. the mission is the heart pure and simple as it can be- distilled but never fragmented or disguised. through these experiments, that were sometimes lost in translation, we persevered- “they tried to bury us but they didnt realize we were seeds”…