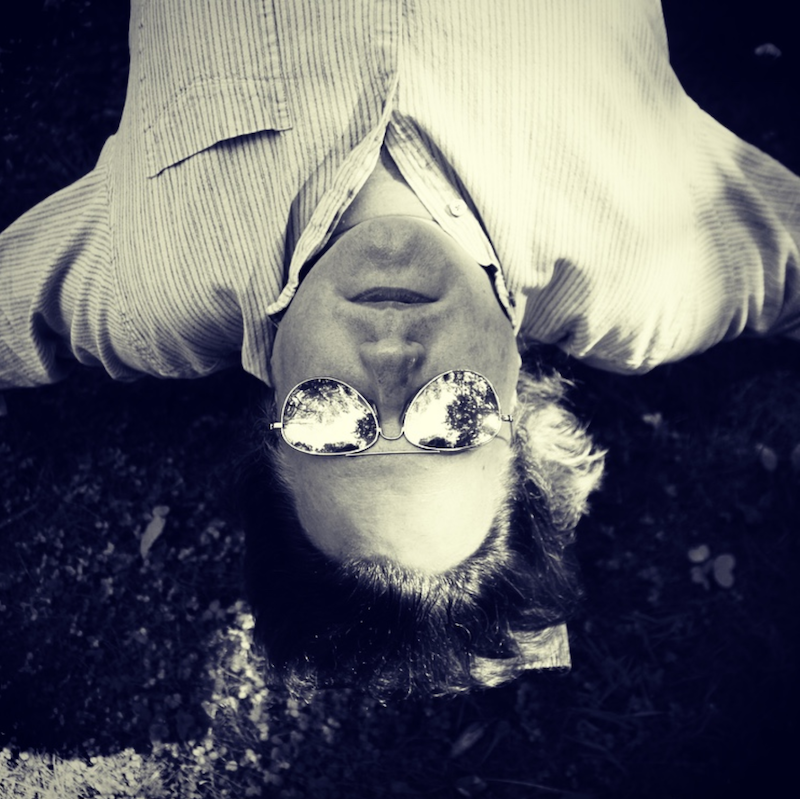 Long recognized for his prowess in the blues scene, Eric Selby stepped out in 2020 with his first ever solo record, Do, Baby.  Pulling from multiple genres, the record embraced the unique style he has developed through over a decade long journey in the music industry — a journey that has resulted in nominations for multiple WAMMIE awards and an induction into the Blues Hall of Fame.  But Do, Baby was just the beginning.  Selby is ringing in the new year with a fresh single release, his new track “Orbit.”  “I tried to approach the lyrics to this song with a more fun, tongue-in-cheek perspective than I usually write,” says Selby.  “Admittedly, my lyrics are usually more moody and mysterious, but it was fun to be more playful with this song.  With “Orbit,” I am writing from the perspective of someone in a past relationship where the old flame comes back around (orbits) to see if they can rekindle the romance.  The person’s immediate reaction to this old flame’s return is reflected in the first verse: “Where did you get the notion we weren’t quite through? Why would you even try when far away looks good on you?”.  As the song opens, it quickly morphs the nostalgic din of a scratched record into a warm, full sound as a mix of swinging drums and guitar licks quickly sweep in to build a lush country-blues landscape.  Selby is a sought after artist/producer, versatile in many genres of music.  He has performed live and recorded with many talented artists, including: Billy Thompson (Little Milton, Albert King, Art Neville), Don Côqayohômuwôk Chapman (Firefall’s Larry Burnett & Rick Roberts, America), Ron Holloway (Warren Haynes, Dizzy Gillespie, The Allman Brothers, Sonny Rollins, Tedeschi/Trucks), Daryl Johnson (The Neville Brothers, Daniel Lanois, Emmylou Harris, U2, Bob Dylan), James East (Elton John, Lionel Richie, Eric Clapton), Warner Williams (Piedmont blues legend, 2012 NEA National Heritage Fellowship Winner), Drink Small (Piedmont blues legend, 2015 NEA National Heritage Fellowship Winner), Bill Payne (Little Feat, J.J. Cale, The Doobie Brothers), Lenny Castro (Adele, The Rolling Stones, Steely Dan, Maroon 5, Stevie Wonder) and Mike Finnigan (Jimi Hendrix, Joe Cocker), to name a few.

Selby’s acoustic blues approach on “Orbit” pays homage to the likes of The Beatles, Pink Floyd, and Brian Wilson through introducing out-of-the-ordinary instrumentation.  Listen closely to the backtracking after the line, “Vibrations radiate, only smudged by bassoon,” as bassoonist Maura Ross guests on the song, playing her response of smudging with her bassoon solo.  Selby’s releases are a culmination of the various styles and genres he has had the opportunity to embrace through his musical travels.  He has recruited many of his musical associates along the way to give his songs a new vibe and emotion with every listen.  On the surface, “Orbit” sings lightheartedly of trying to rekindle an old flame — but behind the easygoing melody lies a wealth of fascinating instrumentation and varied genres.  “Orbit” will absolutely make any listeners head spin, leaving them dizzy with the genius that is Eric Selby’s work.  You can connect with Eric Selby via the following links: