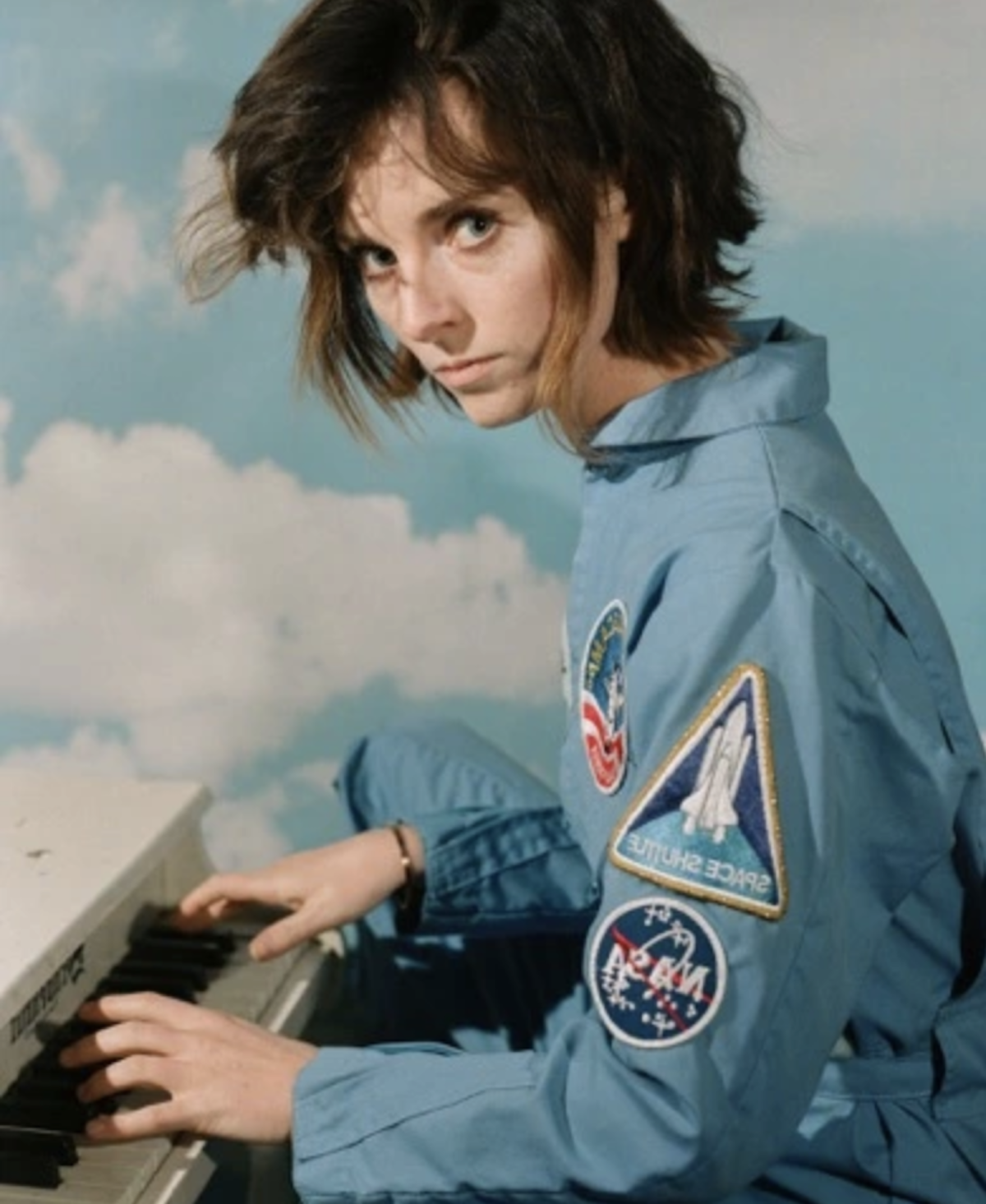 The L.A.-based collective Ember Knight, which chronicles the semi-true adventures of front person Ember Knight, has just released their new piece titled “Mvt. V – Danza Blu.” And it is indeed a movement.  A single off of the group’s upcoming second LP titled Cheryl, a rock opera named after Knight’s mother, this track takes the listener through a sea of different moods, dynamics, and instruments––slightly reminiscent of the Avalanches.  Listening to it is like riding on a rollercoaster, but the rollercoaster somehow takes you through the four different seasons, and somehow when you get off, you realized you enjoyed the ride.  The piece sounds like a baroque symphony stylistically, modernized to fit contemporary tropes in indie and electronica.  It almost sounds like a cartoon or fair music, jumping from triumphant horns to vocal overlays in a matter of seconds.  Such a description sounds like the track would be a hodgepodge of chaos, but Ember Knight does a fantastic job of sewing it all together to produce a legitimately captivating and emotionally evoking piece.  Self-described as “a symphony about ur mom,” Cheryl is a fable which follows a young woman committing herself to an asylum for being unable to remember her favorite color and is trying to pick between blue, yellow and red.  It’s an on-the-nose metaphor for the futility of achieving wellness.  But while deceptively straightforward, the story explores parallels between mother and child, ancestral trauma, and – ultimately – the grace of death.  In “Mvt. V – Danza Blue,” the artist stretches modern boundaries using old tactics, nodding to classical composers while simultaneously defining the next round of indie-electronica.  Says Ember Knight, “Cheryl is a fairytale of gender fluidity, in which colors (red, yellow and blue) represent contrasting ideas of self.  “Danza Blu” (the dance of the color blue) is about boyhood, heroism, fairness and adventure.  It is the 5th movement of Cheryl, and celebrates the blue-suited persona from The Ember Knight Show, and the 2017 film ‘King of LA’.  It’s a jaunty little tune with a big heart, and I’m very proud of it!”.

Ember Knight is a real name, and a real person born and raised on a mountain in Topanga Canyon, CA.  They grew up performing music in church choir, and in a family band.  They wrestle with a big messiah complex, and fear of getting dressed wrong.  They are a filmmaker and musician and are flexing their acting muscles in ‘The Ember Knight Show’, a program that tries to convert a singular message, such as learning how to tell the truth or be a better listener, alongside their artistic collaborator and partner Bobby McCoy.  You can connect with Ember Knight via the following links.  Preorder the new album HERE.