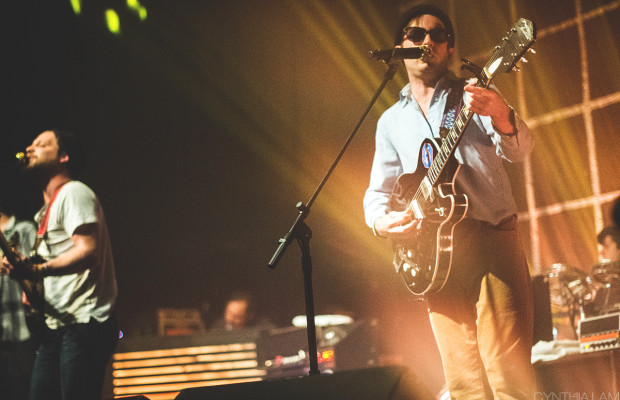 On March 10th, 2016, Dr. Dog and The Districts made their way up to the cold north to play very solid sets at the Phoenix Concert Theatre in Toronto, ON. The two american indie rock/folk bands created the perfect atmosphere for a relaxing Thursday night out.

The Districts played first, showcasing their extremely solid and beautiful songs. They are one of those bands who sound ten times better live that they do than on their albums, which is quite extraordinary since they already sound great in recordings. For an opener, the audience was immediately hooked and singing along, which isn’t always seen. The band closed with their sing, “Young Blood” which features a instrumental that caught the audiences full attention, earning chants for an encore afterwards. Although the band was not super engaging with the audience, they still played a very solid set that had everyone in the venue’s full attention on the band.

Dr Dog was up next, the headliner for the evening. Before they took the stage, the venue was filled with fog, setting the perfect atmosphere for this psychedelic indie group. They started off with “Holes In My Back” which immediately got the audience fired up. It seemed that everyone was singing along, moving around, and having a great time. With the fog machines going off, the colorful lights, and their soft sound, it felt like getting sent to this mystifying space. It immediately sets up so many expectations that Dr. Dog meets and exceeds. They have such a unique and catchy sound, that it is impossible to not be immediately drawn into the music. They put on such a great live performance.

The combination of the two amazing bands made it a very engaging and awesome night.