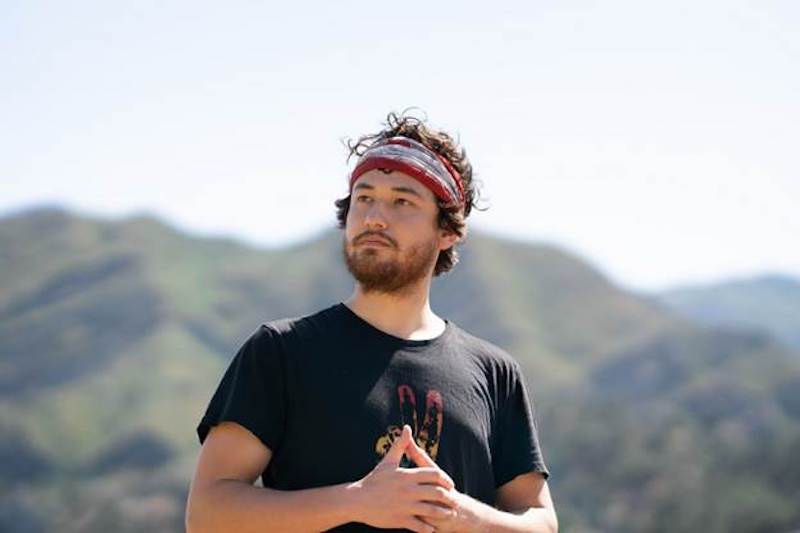 Electronic artist, multi-instrumentalist and experimental producer, Didi+ Ping, named an “Artist You Need To Hear” by DJ Mag, has released his out of this world house track “Rings of Saturn.” One of Didi + Ping’s greatest passions is the exploration of outer space. Not only is “Rings of Saturn” a showcase of one of our solar system’s most unique and beautiful planets, but also a reminder of the many beautiful celestial bodies that dot the universe. Let the buzzy synths and electronic drums launch you into orbit around this golden gas giant. Who will be the first human among us to fly through the billions of tiny moons that encircle the ringed planet? Kristian Wang, who performs under the moniker of Didi + Ping, fuses the two powerful forces that have always driven him: music and his natural surroundings. Didi + Ping’s intricate soundscapes are as boundless as the vistas Wang recalls from his youth. Each production is infused with lilting melodies, emotional chords and mesmerizing instruments, thoughtfully composed to celebrate Wang’s robust musical proclivities, his rustic upbringing, and the colorful personalities who shaped him.

“I’m obsessed with outer space! I truly hope that someday our species will find a way to live among the stars!,” shares Didi + Ping. “‘Rings of Saturn’ is the first (of many) love letters to the people who still look up at the night sky and dream of exploring! It’s also an invitation to anyone who wants to join me on this cosmic journey!”
Didi + Ping recently released single “Pharaoh” transporting listeners to one of the cradles of civilization. Luring in the listener with a moody bass choir, the track explores the tombs of Ancient Egypt’s divine monarchs. Indeed, Canada’s talented producer evokes the godly presence of these powerful rulers through his commanding piano chords, thunderous percussion, and angelic singers. His knack for building epic soundscapes and groovy beats will surely entice you to the dance floor. Previous single “Take Flight” embodied flying being an ancient dream of humankind. On the track, Didi + Ping demonstrates his compositional prowess and atmospheric production sense with silky-toned violins and an uplifting drum beat. An inspiring piano melody drives the piece – “look heavenward!” it sings. These charming ingredients create a wishful song that will carry you high into the sky and take you for a drive on the “infinite highway of the air.” “Take Flight” followed debut single “Buffalo Jump” which was recently featured on TIDAL’s Rising Electronic playlist. The smooth house cut captures the spirit of the wild featuring melodious flute trills, vigorous hand drums and fascinating samples of a Native American pow wow recorded by a group who still inhabit Alberta, Canada, not too far from where Wang grew up in Calgary. The exuberant four-on-the-floor beat was first laid down as a Valentine’s Day gift for Wang’s girlfriend, before evolving into a broader love letter to the wide-open spaces and historic fragments of Americana that have long instilled wonder and pride in the curious artist.
The moniker itself, “Didi + Ping” pays homage to Kristian’s rich Asian ancestry. “Didi” means “younger brother” in his family’s native Mandarin tongue, and doubles as a shoutout to his sibling, with whom he’s created homespun grooves throughout the years. “Ping” is Wang’s Chinese namesake, and a powerful reminder of his ancestors’ storied past. As a descendent of grandparents who fled China during the civil war in search of a better life in Canada, he is no stranger to the notion of embracing the unknown. And that concept is exactly what Didi + Ping strives to illuminate in his buoyant tracks, which unveil a unique take on deep and up tempo melodic house, and showcase his talents as an accomplished multi-instrumentalist and experimental producer.  Through captivating tones and weaving rhythms, Didi + Ping honors the mysteries of the planet, the serenity of nature and the collective spirituality that these aspects have evoked in civilizations throughout the ages.  You can connect with Didi + Ping via the following links.  Photo credit: J GRAY Photography.
Facebook | Instagram | Twitter | SoundCloud | Spotify | iTunes/Apple Music | YouTube | Deezer | Bandcamp