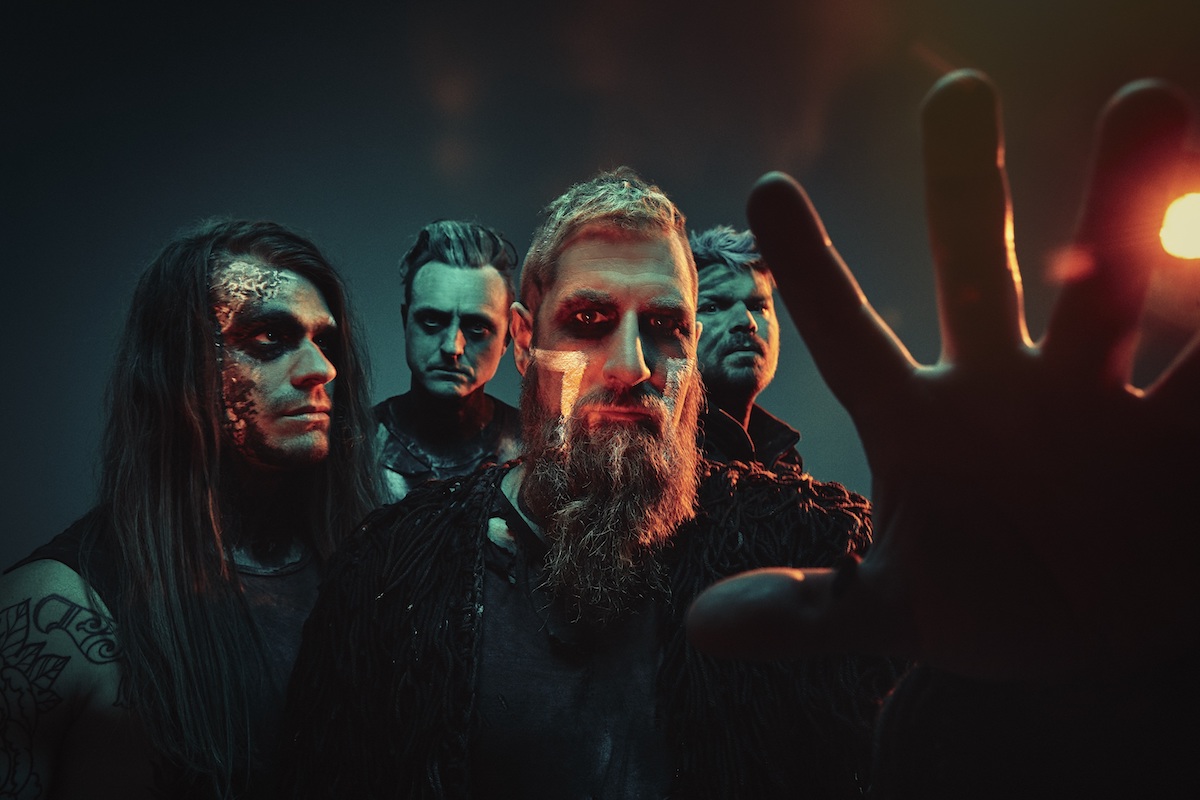 After taking the rock world by storm with their 2017 debut album Mis-An-Thrope, DED has returned with the release of their new micro EP Mannequin Eyes out now via Suretone Records, featuring the roaring and explosive lead radio single “A Mannequin Idol (Lullaby)” and anthemic new song “Eyes Sewn Shut.”  Mannequin Eyes displays DED’s bold and dynamic songcraft and offers an early taste of the band’s forthcoming sophomore studio album due out later this year, helmed by powerhouse rock producer Kevin Churko (Five Finger Death Punch, Ozzy Osbourne, Disturbed).  Suretone Records has renewed its multiple-year deal with ADA Worldwide for exclusive distribution and DED’s forthcoming 2020 album will be the first release under this deal. DED’s new music takes on the fury of their debut and deepens the emotions with a compassion for humanity and a thought-provoking consciousness.  “A Mannequin Idol (Lullaby)” takes aim at the conveyor-belt music machine and takes on the fake, surface level, vein aspects of our society that have infiltrated our lives and influence our perception of what’s real.  The stark vocal-and-piano open on “Eyes Sewn Shut,” an anthemic track that dares to challenge the things that we so readily accept to be true, swells into a wall of soaring guitars and driving percussion.  “The new music is about clarity through suffering and the frustration that comes with knowing that everyone can be better than they are – that I can be better than I am, because change starts with yourself.  We want people to strive and try and be conscious of the things they consume, the way they act, the things they share and celebrate, and the way they live their life – to understand how that all affects their soul and what their legacy is going to be,” shares front man Joe Cotela.

Originating from Phoenix, AZ, DED – who are quickly becoming one of rock’s most exciting torchbearers – embodies elements of rock, alternative and metal, with pop melodies, cloaked in some of the most histrionic, headbanging music on the planet.  But when you dig beneath the surface, DED’s unexpectedly soulful music is about bringing hope, relief and self-awareness, proving that there’s a way to live through the struggle and come out stronger and happier so that we can better look after ourselves and each other.  Joe Cotela (vocals), David Ludlow (guitar), Kyle Koelsch (bass), and Matt Reinhard (drums) are building a community by offering comfort in times of despair and positivity by exposing negativity.  The band will bring their high-octane live show to audiences across the country this Spring when they join In This Moment on tour as a special guest, along with Black Veil Brides and Raven Black.  The extensive tour kicks off March 24th in Orlando at House of Blues and wraps May 17th in Morrison, CO at Red Rocks Amphitheatre (** PLEASE MAKE SURE TO CHECK THE BAND’S WEBSITE FOR ANY MENTION OF CANCELLED/RESCHEDULED DATES FOR THE TOUR).  DED is managed by Jordan Schur for Suretone Entertainment.   Mis-An-Thrope generated over 25 million streams making several Billboard chart appearances including #1 on the Alternative New Artist chart and #3 on the Top New Artist Albums chart. Singles “Anti-Everything”” and “Remember the Enemy” reached Top 20 at Active Rock Radio with SiriusXM’s Octane naming DED “Artist Discovery of the Year” and “Anti-Everything” landing in the station’s Top 10 for 2017.  The band were also nominated by Loudwire for Best New Artist.  “Anti-Everything” also made impressive strides at services appearing on Spotify’s U.S. Viral 50 twice and various playlists across Apple Music, Amazon and Pandora.  Touring-wise, DED were featured as specials guest on KoRn and Stone Sour’s “Serenity of Summer” tour and lit up festival stages including Aftershock, Louder Than Life, Rocklahoma, Carolina Rebellion, Rock on the Range and Ship Rocked.  The forthcoming DED album will be the first release under Suretone Records’ renewed, multiple-year deal with ADA Worldwide for exclusive distribution.  You can follow DED and stay up to date with all upcoming music, band and tour information (you can find dates HERE), as well as stream and purchase their music, via the following links.  With a tour planned in Photo credit: Travis Shinn.