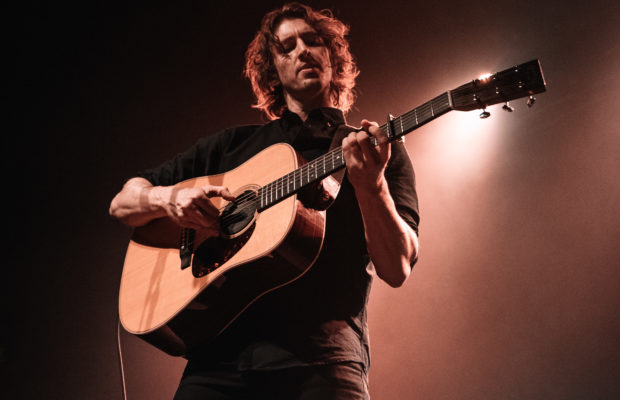 On a special sunny Friday night Australian singer Dean Lewis brought his acoustic talents to a sold out show at the O2 Ritz. After the release of the singer’s
debut album ‘A place we know’ his European and UK tour had been a major success and the Mancunian crowd were ready for a night to remember, fellow singer song-writer
Noah Kahan played support on the night.

After the worldwide success of Dean’s single “Be Alright” and winning the best music video in the ARIA award’s the boys talents were clearly shining. Noah Kahan opened up the Mancunian crowd in great fashion with a very similar singing and writing style to that of Dean Lewis , much to the delight of the crowd. Kahan’s voice was elegant as he serenaded the crowd in attendance , including a song written for a late departed friend of the American making for a heartfelt feeling sent around the sold out crowd.

Dean arrived to greet the crowd, acoustic guitar in hand and ready for the night ahead. Opening with one of the more energetic song’s from the his arsenal “Hold of Me” it definitely was the perfect way to make his enterance before going on to perform more of his passionate songs from the album such as “Half A Man” and “Chemicals” , both personal favourites of mine indeed! Throughout the night Lewis would perform arguably his biggest song to date in “Be Alright” but also an acoustic cover of the Oasis song “Don’t look back in anger” , this song hit home to the entire audience as the band Oasis are one of, if not the biggest musical act to come from Manchester meaning the Mancunian crowd were all able to join in as one as the night came to a close.

Dean’s music is a breath of fresh air in pop’s current state, his acoustic performances and ability to capture emotions in his song-writing are truly breathtaking and I predict the boy to be set for big things in the near future, definitley go listen to his album “A place we know” if you haven’t already!