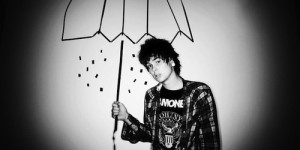 Christofer Drew shared this week that he has 20 solo songs written for a solo album.

“Have you written and amazing songs lately?” -Brittany

I love the stuff I have been writing.  I have twenty feel-good acoustic jams that I am going to start demoing out later this month.  They are for my first real solo record.  I also have an awesome GONZO song in the works.  It is a re-do of “Lovers Love, Liars Lie”.  I made that song in garageband when I was fifteen.  It never got release so we are revamping and adding some epic.  Also, new NSN sounds like The Rolling Stones…just lil bit.