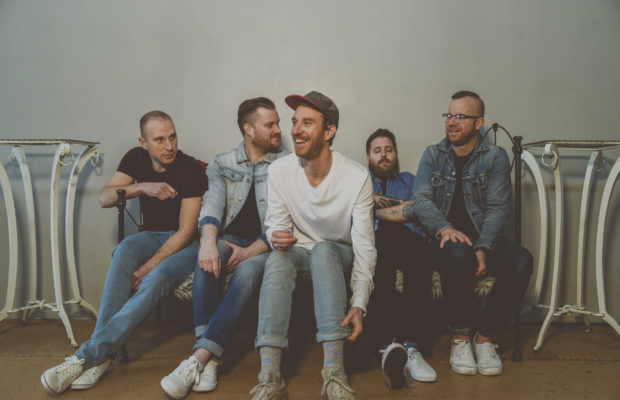 Connecticut indie roots-rock band Bronze Radio Return recently released their latest album Entertain You, a culmination of their previous two EP’s Check One and Check Two.  In addition to the two previous EP’s, the album also includes 4 new songs.  Comprised of Chris Henderson (guitar/vocals), Rob Griffith (drums/vocals), Patrick Fetkowitz (guitar), Matt Warner (keys/vocals) and Bob Tanen (bass/vocals), the band formed in 2007 and has a unique perspective with regards to the music industry, believing that “television and film are the new radio”.  The band has accumulated over 100 high profile placements over the years, ranging from movies and television to product placements and sports ads.  Their songs can be heard in shows and movies such as Shameless, 90210 and Catfish to Starbucks commercials and ads for the PGA Tour and Fox Sports.

With Bronze Radio Return‘s upbeat and undeniably catchy songs, comprised of one-part polished indie-pop, one-part roots-rock Americana, the band has been able to sustain a healthy career living off marketing, allowing the freedom to make and release music on their own terms.

The result has created a loyal fan base who’ve generated over 62 million streams on Spotify and propelled the band to appearances at Bonnaroo, Lollapalooza, Hangout and Firefly festivals and features on NPRs All Things Considered.  Yon can follow the band and stay up-to-date with all upcoming tour news and music via the following links.  Check out the following audio video for “Ready To Go” below and stream the new album by clicking on the Spotify link.