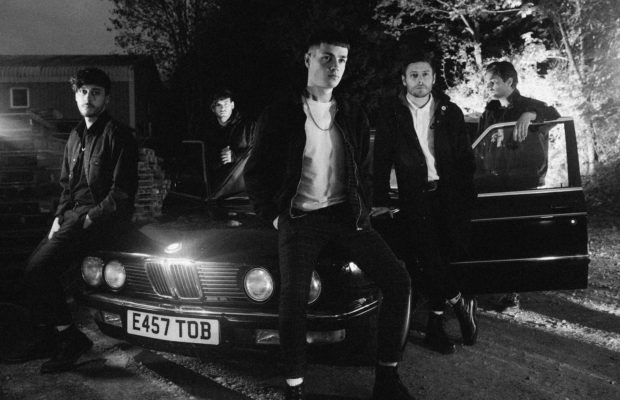 The clip was directed and edited by the band’s very own Henry Cox, with Tom Hancox in the role of DOP, and is a very “film noir” look at the their hometown of Blackpool. “When we composed the song we already had accompanying visuals in mind for it and when recording the album we had films playing in the background that we thought would match up with the sounds we were making,” says Henry. “We knew we wanted to capture some of the sleaziness of the track & condense the video down to a sequence of ‘moments’, almost like a movie trailer. The song has such massive differences in dynamics between the verses & choruses so it was important that we captured that in the video.” The video was filmed over the course of three night shoots in Blackpool this summer.

The second studio album from Boston Manor, Welcome To The Neighbourhood, elevates the band from their 2016 album Be Nothing both lyrically and sonically. “I think the time between the last record and this one, we kind of thought we knew who we were,” explains vocalist Henry Cox, “but we’ve realized that even now we’re still figuring that out. Before, we were scared to try stuff, whereas on this record there were no limits. We wanted to push ourselves, instead of being terrified to dip just one little toe in the wrong direction.”