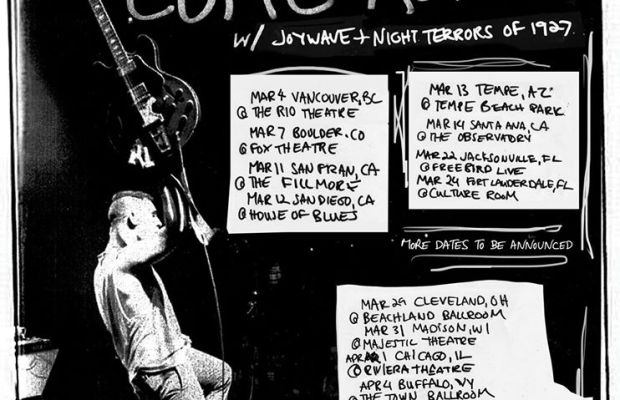 Bleachers will be hitting the road in North America for a spring tour with support from Joywave and Night Terrors of 1927. The first round of dates can be seen below and more will be released in the next coming weeks.