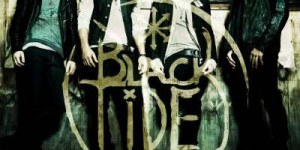 Black Tide has released Al Cielo, which is an EP of some of the songs off Post Mortem recorded in Spanish. The songs include “Let It Out,” “That Fire,” and “Into The Sky” along with two other spanish songs. You can preview the tracks on the band’s Black Tide and buy it on iTunes.