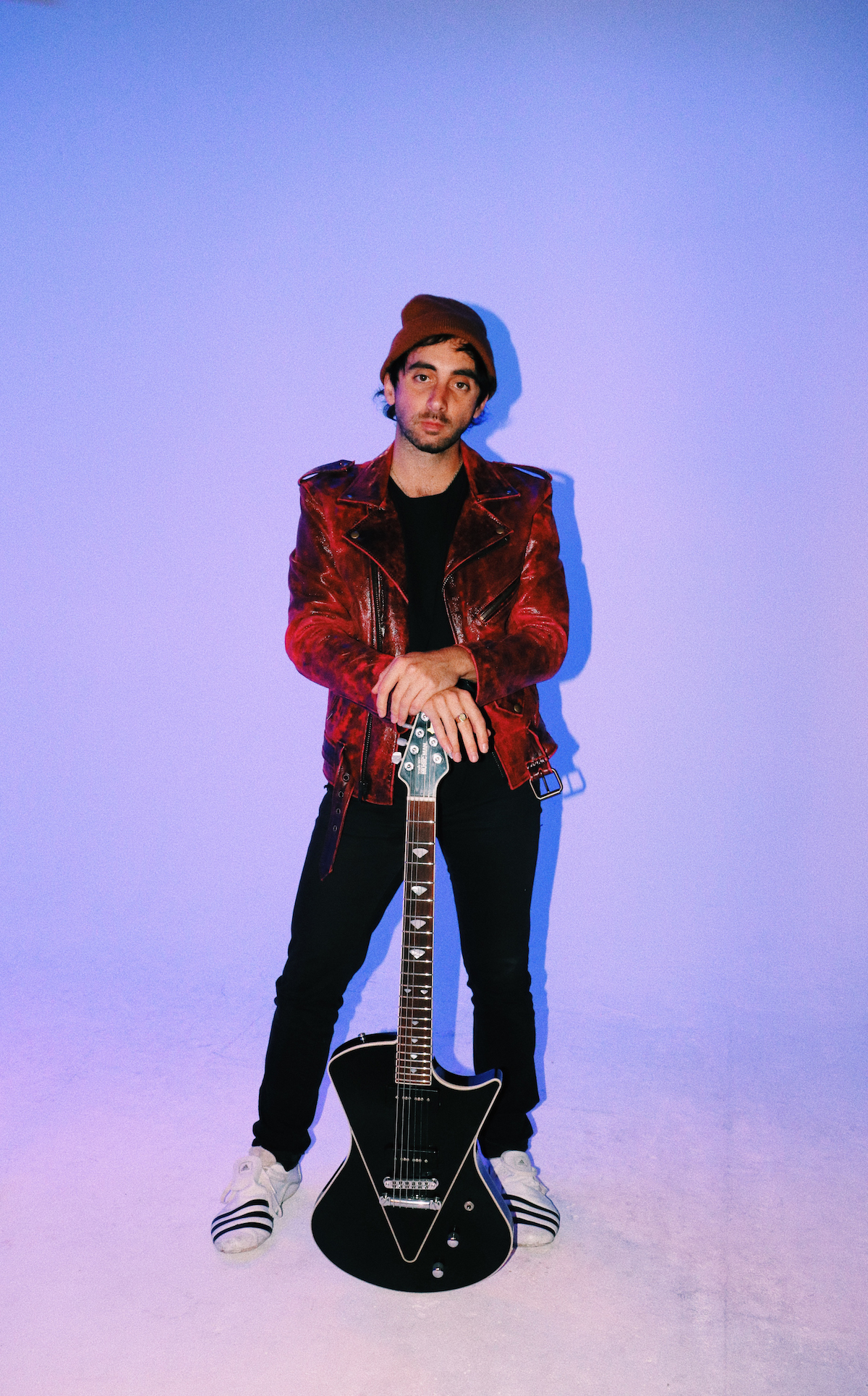 After a three-year hiatus, alternative rock band BEWARE OF DARKNESS (aka Kyle Nicolaides) is back with the exciting new single “Bloodlines” out on October 11th via Bright Antenna Records.  The powerfully infectious song will remind you how much you missed Beware Of Darkness, ushering in the rebirth of a sound that is rock and roll dipped in mindfulness, and is as refreshing as it is addictive.

Kyle explains, “Bloodlines” is a celebration of life for me. It’s the first time I’ve ever written, recorded, and released music without the burden or despair of depression and anxiety.  I feel joy again and am thrilled to release this song and share more new music soon.”

“Bloodlines” was recorded in Los Angeles at Kingsize Sound Labs with producer Braden Merrick and mixed by David Sardy (LCD Soundsystem, Nine Inch Nails, Rage Against The Machine).  In addition to multi-instrumentalist Kyle Nicolaides, the track boasts special guests guitarist Jeff Schroeder (Smashing Pumpkins), bassist Mark Stoermer (The Killers) and drummer Jon Safley (CRX, Bleached).  “Bloodlines” gives an electrifying taste of what’s to come in 2020 from Beware Of Darkness.  The song illustrates how Kyle fought uncertainty and disillusionment to avoid flaming out, and how he has come through the other side revitalized and focused.  Beware Of Darkness’ irresistible sound and explosive energy has been compared to other high-octane modern rock luminaries like Muse, Arctic Monkeys, Royal Blood, Cage The Elephant and The Struts.  Clash Magazine praises, “Imagine the crunch of The White Stripes and the sheer raunch of Prince and you’d be somewhere close to Beware Of Darkness.”  Classic Rock Magazine effuses the band “Offers that elusive blend of cool colours and rocky hooks you just want to eat up,” while PopMatters declares them “Immaculately pop-savvy with a grungry backbone” and CrypticRock gushes the band is “Nothing short of unique.”
Beware Of Darkness has toured with artists like Smashing Pumpkins, AWOLNATION, The Wombats, Tegan and Sara, Deftones, KORN, Eagles Of Death Metal, Thirty Seconds To Mars, Social Distortion and more.  They’ve played Reading And Leeds Festival, performed on Late Night with Conan O’Brien and were nominated for Classic Rock Magazine’s “Best New Band” award.  The band’s song “Howl” was a Top 5 track at Rock Radio, and they have had multiple songs featured in video games, TV and film.  You can follow BEWARE OF DARKNESS and stay up-to-date on all upcoming band, music and tour news via the following links.  You can pre-save “Bloodlines” to your song library HERE.  Photo credit: Nick Smalls.
Website | Facebook | Instagram | Twitter | Spotify | SoundCloud | iTunes/Apple Music | YouTube | Deezer | Google Play | Bandcamp