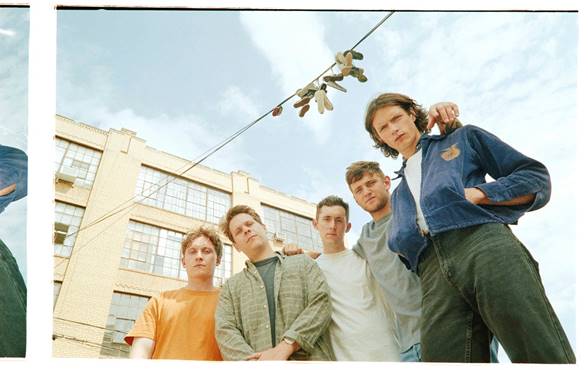 UK pop-punk band, Basement, have shared a new song from their forthcoming record, Beside Myself, which is due out October 12th via Fueled By Ramen. The song, titled “Be Here Now”, premiered yesterday on Billboard.com and vocalist Andrew Fisher elaborated on the meaning behind the track explaining, “’Be Here Now’ is about how hard I find it to feel content with what I’m doing, when I’m doing it. I over romanticize the past and the future, remembering what has been and looking forward to what will be, in a completely irrational and unfair way.”

This month Basement will embark on a run of intimate U.S. record release shows which will feature support from Elder Brother and Pllush. The headline dates kick off in Lawrence, KS on October 6th before heading west and ending in Portland, OR.  Following their U.S. run, Basement will head across the Atlantic for a U.K. headline tour, which will see the band joined by guests Joyce Manor.  The tour, which kicks off November 16th, includes a London show at the 2300 capacity O2 Forum Kentish Town (see attached itinerary).  Tickets for all dates are on sale now. For tickets and more information visit, www.basementuk.com.