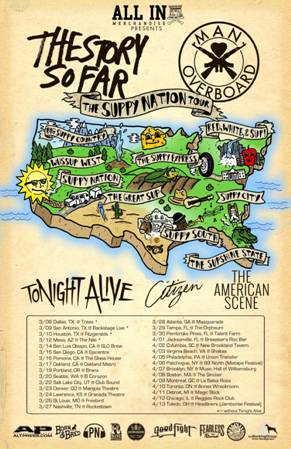 The Story So Far and Man Overboard has announced a co-headlining the All In Merchandise Presents: The Supply Nation Tour with support from Tonight Alive, Citizen and The American Scene. Check out the tour dates below.

*Tonight Alive will not be playing these dates.

One thought on “All In Merchandise Presents: The Supply Nation Tour lineup released”