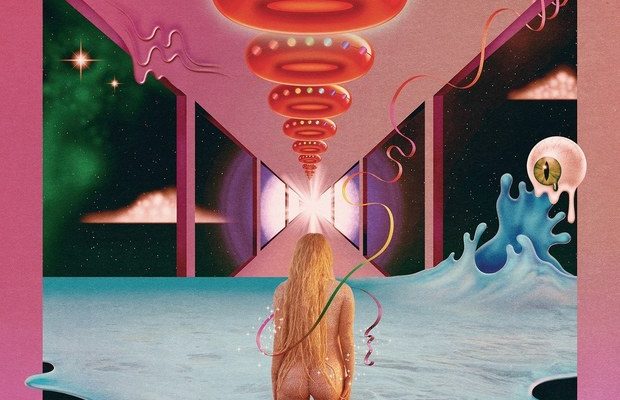 Kesha rose to fame in the 2010’s as she dropped track after track that that filled our high school mix tapes. “Tik Tok” followed by “We R Who We R” followed by “Die Young”, the hits were endless. But us listeners knew little about what was happening behind the scenes. It wasn’t until fairly recently that the general public learned about the struggles Kesha was facing with her then producer Dr. Luke. Suddenly the Queen of addictive pop hits was becoming a social issue that had everyone talking. Now, five years after her most recent release, Kesha has returned with her album Rainbow. The album sees a new sound for the pop singer and offers listeners with one of the most graceful and empowering f**k you’s out there.

The opening track of the album, “Bastards”, sees Kesha returning to her country roots in this acoustic ballad about not letting the bad guys win. The strong message of positivity and confidence continues through her female empowerment anthem “Woman”, which features the Dap-Kings Horns. This album offers listeners an intimate look inside Kesha’s mind and through the poignant lyricism on each record, listeners are able to better understand the severity of Kesha’s struggle. “Been a prisoner of the past/ had a bitterness when I looked back/ Was telling everyone ‘It’s not that bad’/ ‘till all my shit hit the fan” sings Kesha in the opening lines of “Learn To Let Go”. The lyrics send chills down your spine as you hear the passion within her voice as she tells listeners about her fight.

As we stretch past the midpoint of the album, there’s no slowing down. The piano ballad title track hears Kesha talk about finding the light in the darkest of times and remaining positive — a theme that is strongly pursued throughout the entire album. In the concluding track “Spaceship”, we say a firm goodbye to the Kesha that we once knew and embrace the banjo-loving country infused Kesha that we have now today. The banjo driven track was inspired by a UFO sighting she had in Joshua Tree National Park and sees Kesha recount to the listeners that she has always felt unlike everyone around her, so she believes her spaceship is coming back to take her away to her true home. Amidst all the doubters and isolation, Kesha stays strong in her beliefs.

And that is exactly what has made Kesha, Kesha. From the beginning Kesha has always stayed strong in who she was and always had an over the top aura surrounding her. When the hardships she was facing came out, it was hard for a lot of people to imagine the flamboyant Kesha we were familiar with, going through struggles; struggles that for many people could have caused the end of their careers or even lives. But not for Kesha, she powered through and delivered a powerhouse record. It is an amazing feat that our ears are even graced with Rainbow, but let me tell you, this album does not disappoint. When listening to the 14 track album as a whole, listeners are brought into such an intimate space with Kesha through her vocals, lyricism and overall message of the album, it’s impossible not to fall in love with Kesha all over again.