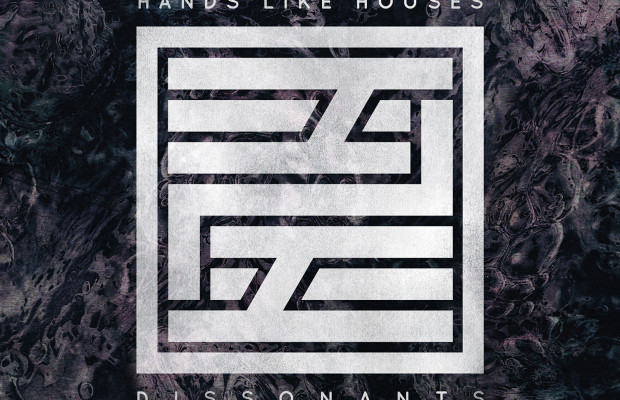 After completing a full run on the 2015 Vans Warped Tour as well as a North American headliner tour this past fall, Canberra-based alternative rock band Hands Like Houses has delivered a powerhouse of an album with their newest release, Dissonants. Pushing 260,000 fans on Facebook, three years in the making and two prior studio albums, the band had a lot counting on them but they surely delivered a masterpiece.

Dissonants opens with “I Am”, a kicker of an opening song with heart pumping drums and dynamic guitar solos. The album then follows up with previously released singles “Colourblind” and “New Romantics”. Hands Like Houses has proved their ground once again by successfully captivating their listener and painting a clear narrative that any fan can relate to throughout the album. The band stays consistently stays true to their sound, occasionally taking influences from their two previous albums. As the album reaches its halfway point, there seems to be a shift in the mood as the pace slows down in songs like “Momentary”. By doing this, Hands Like Houses shows a very strong and dynamic range catering to listeners who like both harder and softer musical styles. Lead singer, Trenton Woodley uses Dissonants to promote his compelling vocals that seem to blend seamlessly with the melodic flow of the songs. The band concludes the album with the fast paced, heart pumping “Bloodlines”, which opens with powerful drums and guitar, which brings the album full circle back to the powerful sounds of the opener, “I Am”.

Hands Like Houses has shown a new side of themselves with Dissonants. The album showcases a range of talents that were not yet seen on Unimagine, including heavier drums and guitars to create an overall faster pace to the album. Dissonants is an extremely well thought out and put together album, from the song writing to the final execution. Overall, Hands Like Houses has stayed true to themselves as a band as well as their sound, but have given their sound a more developed twist, which benefits them in the end.