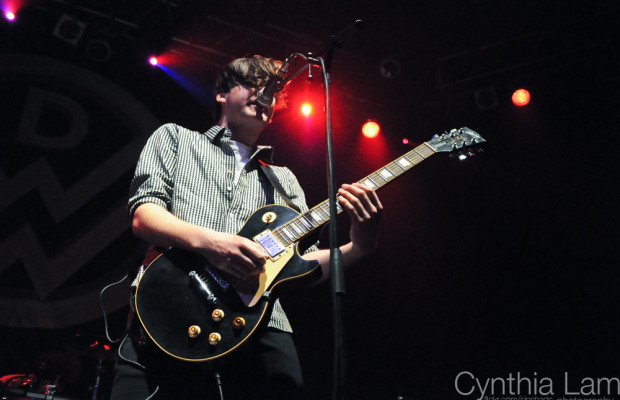 Down With Webster headed out on a tour this February and March along with Sweet Things and The Envy. This entire tour was filled with happy vibes and a great performance from all the bands. I got a chance to attend while the tour stopped in Edmonton, Alberta and I can honestly say that I was blown away.

The Envy played a solid set with starting off the evening on a good note getting the audience pumped up. They have great sound that feels even better live than through speakers.

Sweet Things was next gathering the crowd together and bringing their energetic stage presence with them. Sweet Things is fantastic live. Oddly enough they full on captured my attention and my eyes were glued to them the entire set. Not only do they sound the exact same live as they do on their album (which is a good thing in my opinion), they were also very entertaining on stage.

As I suspected, Down With Webster was a blast live. Every single time that I’ve seen them they have brought such energetic and fun-filled performances. Every single song that they played had the audience on their toes jumping, singing, and dancing. They never disappoint with their live performance and I think I can say that if anyone wants to have a good time they should attend a Down With Webster show. You will find yourself dancing wether it be voluntary or not.