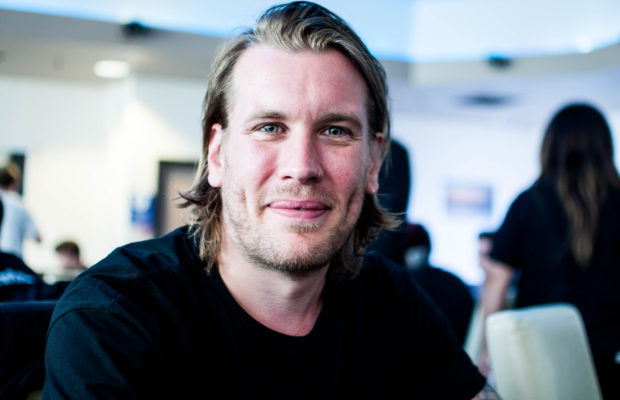 English rocker Rob Lynch is back with his sophomore album, Baby, I’m A Runaway, and right before its release, we caught up with Rob and he opened up about how his journey towards becoming a full-time musician wasn’t as typical as other artists out there.

“I don’t actually really know. I started playing quite late, I only got my first guitar for my eighteenth birthday so compared to the kids that were in bands from when they were thirteen or fourteen, I didn’t have any of that. My parents asked me what I wanted for my eighteenth birthday and I wanted an acoustic guitar to write songs and sing and my parents were just like, ‘really? Are you sure?’ But, I’m not quite share what sparked me to want that.

I started going to gigs quite late as well, when I was about seventeen, and I guess getting that buzz from live gigs and seeing people play made me want to play and a part of me realized that I should start to learn and give it a go and see what happens. So I started learning with no intention of really becoming a musician, just for a hobby of sorts. When I went to uni, I ended up going to gigs every week and meeting people that were in bands and I think becoming more aware and understanding more about small gigs made me want to give it a go. I played my first show when I was nineteen and now, ten years later, I guess this is my life now.”