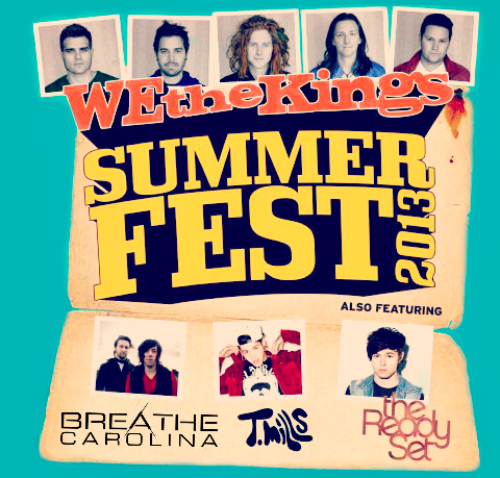 We The Kings, Breathe Carolina, T.Mills and The Ready Set will be hitting the road together this summer.