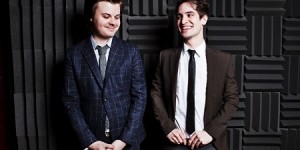 Panic! At The Disco’s Spencer Smith posted a blog recently regarding his struggles with drug addiction.

For the past 4 and a half years I’ve been battling addiction. Well, to be honest, I’ve really been battling it for the last two years. Those first 2 and a half years were spent in a place where I thought I had finally found the correct dosage of my personally prescribed medicine to feel “normal”…..In reality, I was mostly stumbling through my life hoping no one noticed I was high.

Growing up I never used drugs or alcohol. I smoked weed and had my first drink in the same night when I was 19. I loved it, and from that point on I made sure to make up for all those years I had spent abstaining. I’d think to myself… “What have I been doing? This is it! This is what I’ve needed”. I didn’t know it then, but it would be the identical reaction to the way I felt while using that would later lead my drug use dominating my life. For the first few years, my life in a band afforded me the ability to maintain a drinking habit that wouldn’t have lasted a week at a day job. Being on tour left me with a very distorted view of what drinking habits are considered “normal”. But, unlike most of the other musicians I spent time with on tour, when I got home my drinking increased. My anxiety and depression became much worse, and I used alcohol to attempt to numb it. It can be a shock to the system when you go from being on tour for 18 months, almost never being alone, always having somewhere to be and a show to play, to waking up alone having no clue what your gonna do for months on end. Now, if that sounds like it should be on the top of the list of first world problems, you’re right. No one deserves any sympathy for having too much free time. But for someone like me, an addict and alcoholic, free time can be dangerous. I need structure, and when I don’t put it in place for myself, I suffer the consequences.

Then, a little over 2 years ago, something traumatic happened in regards to the health of a loved one. It was around this time that I started taking Vicodin and Xanax on a daily basis. It was an intoxicating mix. At the time, I honestly thought that I had figured it all out. That I could self medicate my way to always being happy and never having to deal with any underlying issues causing my depression. I quickly became a serious addict. As crazy as it seems to me now, when I was high, I felt like the person I wanted to be. I liked myself, and I thought that everyone else must like me more too. I’d become so used to functioning when I was drinking and taking pills that, in my mind, everyone else must think I’m not only acting “normal”, but happy! outgoing! and content. On tour, It became a balancing act between taking enough so I didn’t start feeling withdrawal symptoms and not taking too much that I couldn’t function.

When we got off the tour we were doing for our last record, I slipped further into my addiction. With a lot more alone time and no worry of being presentable at an interview or a meet & greet, my life began to revolve around my addiction. Wake up: Take a pill to have the energy to get out of bed. Leaving the house: Make sure I have enough pills to last till I get back. I had back up pills in my car, my backpack, all over the place incase something happened to the ones I had on me. I couldn’t go more than 8 hours without feeling painkiller withdrawals. I was taking a dangerous amount of pills while drinking to chase that high, and just like with any other substance, the higher the high is, the lower the low is. What started out as a way for me to numb anxiety and depression had become the major cause of it.

Last fall, after months of trying to quit and only making it 2 or 3 weeks, I entered treatment. I was extremely lucky to have the support of my family, bandmates, friends and my girlfriend. I’ve met too many people who have lost everything and burned every bridge they have due to their addiction. I can honestly say that without the love and support of those closest to me, I wouldn’t be here, sober, and able to write this today. The thought of putting this on paper and out into the world is scary. Since I’m still so fresh in my recovery, I was questioning whether or not I should. But, as anyone who has dealt with this personally knows, recovery is not possible without honesty. I spent years hiding and lying about my addiction. A huge weight was lifted from me when I could look at my friends, family and band in the eye and tell them what was really going on. It didn’t feel like I had some sort of double life anymore. I don’t want that feeling in any aspect of my life again.

Wow, now that I’ve put this down all my nerves have gonna away and it just feels freeing. My goal in releasing this is to try and relate to anyone who has experienced addiction personally or with a loved one, and to be honest with everyone else. To let people know that anxiety, depression, and addiction are not picky. They plague people of all ages from all walks of life. But, you can recover!! So, please seek help if you’re suffering personally, and urge anyone you know to get help if they are suffering. It gets better one day at a time.

Looking forward to seeing all of you on tour,
Spencer