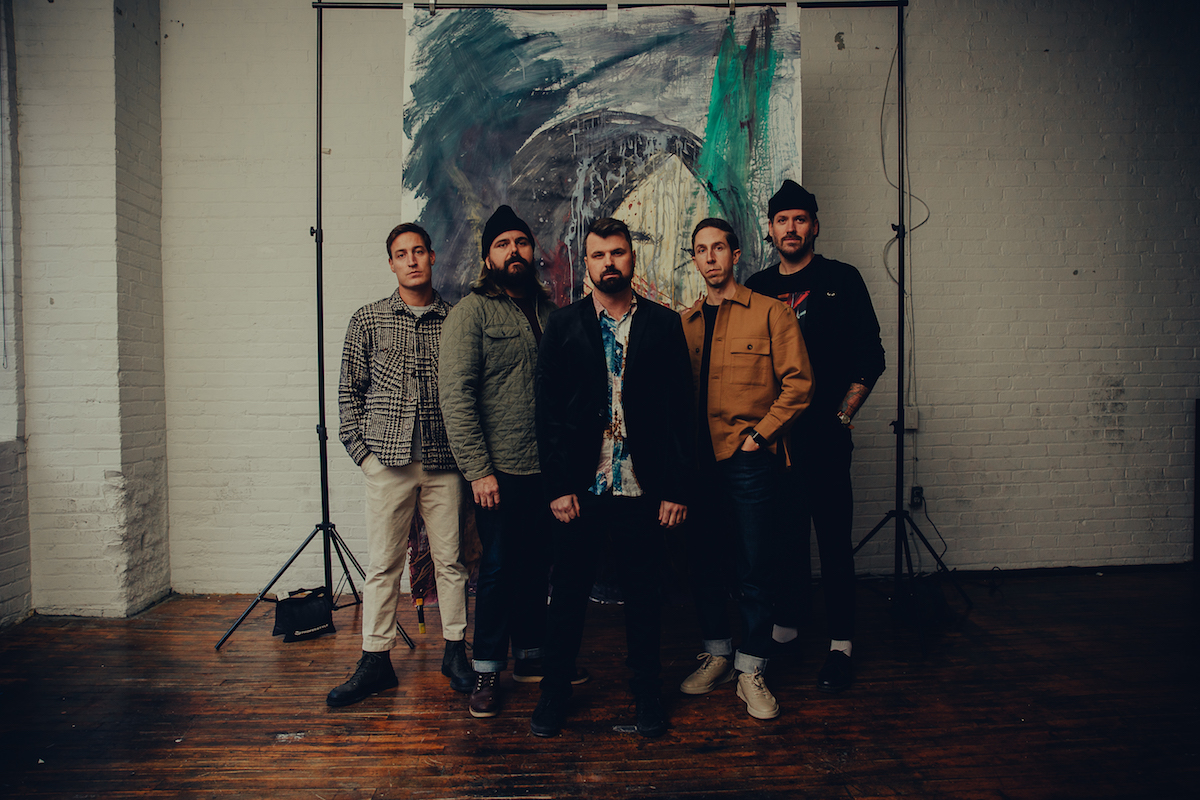 Filled with moments of relentless energy throwing back to their punk and hardcore roots to visionary moments of modern heavy, Misery Made Me fastens Silverstein’s status as torchbearers of the scene on all fronts. It’s both intriguing and inspiring that a band – who could have merely rested on the impressive legacy they’ve already cemented – would continue to dig deep and find the inspiration to reach people in meaningful new ways. Few bands on their 22nd lap around the scene could claim to be in ‘just getting started’ mode as much as punk stalwarts Silverstein. On Misery Made Me, they find themselves springboarding off the heights they’ve reached over the past handful of years.
“For the first time in our career, we truly put it all out there. We went into this with no rules and no preconceived notions of what Silverstein is or what it could be. The results are bold. We somehow wrote the heaviest, saddest, catchiest, and most emotional songs in 22 years of being a band … all on the same album,” reveals vocalist Shane Told.

The album’s lead single, “Ultraviolet” is about feeling powerless and under the control of the chemicals in your brain. Guitarist Paul Marc explains, “Ultraviolet being invisible felt like the right way to describe it – to get lost in this unseeable thing. Ultraviolet light also causes physical damage to our skin, so it serves as a sort of ‘proof’ that something invisible like anxiety can hurt us.” Check out the striking video, directed by Wyatt Clough, below.
Ironically, amid all the positivity and connectivity injected into the creation of Misery Made Me, there comes a dark set of themes underpinning the album, as its title might suggest. The album is a depiction of Silverstein – and world at large’s – collective turmoil, frustration, and anxiety.
“I wanted to explore the meaning of ‘Misery’ as a main theme throughout the album,” says Told. “Despite the mountains climbed and boulders pushed during recent years, we were confronted by the weight and misery of staying relatively in the same place for a long period of time. Finding peace in the reality of this misery became important. The record is about the acceptance of a new reality and adapting to it.”
Ultimately, Misery Made Me finds the band trying to navigate the ever-worsening challenges of our modern world – angst, doomscrolling, and disassociation. It’s a record that is a product of the moment in time in which it was created yet doesn’t feel like it will date itself anytime soon, as many of its topics of loneliness, anxiety and isolation are eternal human struggles. Exemplified by the anthemic opener “Our Song”, Misery Made Me is part acceptance of the band’s personal miseries, and part declaration that they will not be buried by them. At the back end of the record lies “Live Like This” (ft. nothing,nowhere.) and arguably its most bleak and haunting lyric: “I don’t want to die, but I can’t live like this.” Singles “It’s Over” and “Ultraviolet” dive deeper into this feeling of desperation, describing the utter helplessness of losing control to anxiety. Misery Made Me is a campaign hinged on Silverstein’s reflection and gratitude for their roots, their honoring of their earliest fans, and their staunch desire to explore forward-thinking and adventurous ways to connect with new ones.
UPCOMING TOUR DATES:
Apr 21 – Columbia, SC | The Senate ~
Apr 22 – Richmond, VA | The National ~
Apr 23 – Raleigh, NC | The Ritz ~
Apr 24 – Norfolk, VA | The Norva ~
Apr 26 – Providence, RI | The Strand ~
Apr 27 – Long Island, NY | The Paramount ~
Apr 29 – Trenton, NJ | Cure Insurance Arena ~
Apr 30 – New Haven, CT | College Street Music Hall ~
May 01 – Rochester, NY | The Armory ~
May 03 – Louisville, KY | Old Forester’s Paristown Hall ~
Jun 03 – Leeds, UK | Slam Dunk
Jun 04 – Hatfield, UK | Slam Dunk
Jun 06 – Lille, FR | TBC w/ August Burns Red
Jun 07 – Augsburg, DE | Kantine
Jun 08 – Budapest, HU | Budapest Park w/ Billy Talent
Jun 11 – Bremen, DE | Tower
Jun 12 – Aarhus, DK | Train w/ Beartooth, August Burns Red
Jun 14 – Hannover, DE | MusikZentrum w/ Beartooth
Jun 15 – Hamburg, DE | Gruenspan w/ Being As An Ocean, Sperling
Jun 17 – Bischofsmais.DE | Rock the Hill (Festival)
Jun 18 – Mannheim, DE | Delta Bash (Festival)
Jun 19 – Pratteln, CH | Z7 Wild Dayz (Festival)
Jun 21 – Milan, IT | INFEST (Festival)
Jun 22 – Graz, AT | Orpheum w/ Beartooth
Jun 23 – Nuremberg, DE | Z-Bau w/ Beartooth
Jun 24 – Ysselsteyn, NL | Jera On Air (Festival)
Jun 25 – Munster, DE | Vainstream (Festival)
Jun 26 – Ferropolis, DE | Full Force (Festival)
Aug 06 – Columbus, OH | Express Live ~
Oct 22 – Las Vegas, NV | WHEN WE WERE YOUNG Festival
Oct 23 – Las Vegas, NV | WHEN WE WERE YOUNG Festival
Oct 29 – Las Vegas, NV | WHEN WE WERE YOUNG Festival
Nov 08 – Emo’s Not Dead Cruise | Los Angeles, CA – Ensenada, Mexico
~ w/ Beartooth, The Devil Wears Prada, ERRA
Misery Made Me sees its release via UNFD on CD, vinyl and digital formats on May 6. It was produced by Sam Guaiana (A Beautiful Place To Drown and both Redux) at Jukasa Studios in rural Ontario, Canada and features guests Andrew Neufeld of Comeback Kid on “Die Alone”, singer/songwriter Trevor Daniel on “Cold Blood”, Devil Wears Prada’s Mike Hranica on “Slow Motion” and nothing,nowhere. on “Live Like This”. Silverstein hit the road in support of Misery Made Me on March 26. The U.S. run includes Spring dates with Beartooth, a UK/EU Summer leg and Fall performances have been confirmed at WHEN WE WERE YOUNG Festival and the Emo’s Not Dead Cruise. You can connect with Silverstein via the following links and stay up-to-date on all upcoming band, tour, and album news!  Photo credit: Wyatt Clough. Pre-order the new album HERE.
SILVERSTEIN IS:
Shane Told: Vocals
Paul Marc Rousseau: Guitar
Josh Bradford: Guitar
Billy Hamilton: Bass
Paul Koehler: Drums
Website / Instagram / Twitch / TikTok / Facebook / Twitter / iTunes / Bandcamp / YouTube