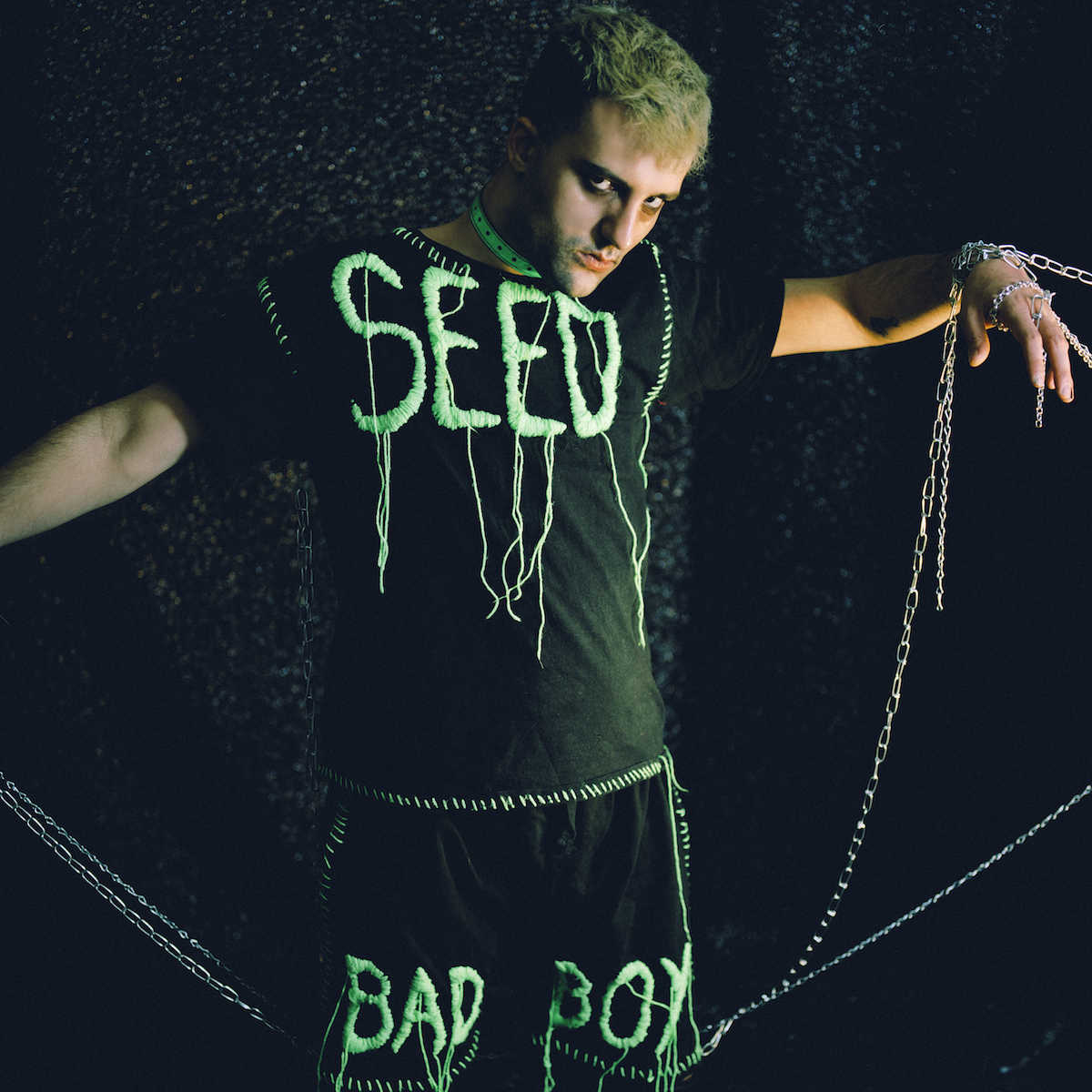 Scotty Seed is an Italian electronic pop/rock artist that hails from the Greater New York City Area. From the time he was four years old, Scotty was drawn to the pop music his teenage cousin played on the house stereo.  Admiring trendsetting stars such as Britney Spears, Justin Timberlake, Cher, and Ricky Martin, he was quickly moved to begin his own musical journey.  He started to study piano at the tender age of six, and his passion for the classic instrument lead to his run as a piano entertainer for 10 consecutive years for the Festival of Young Piano Performers at Steinway & Sons NYC.  Struggling with identity throughout his teenage years, Scotty dove into the creative world with full force, devouring everything fashion, art, and music with a passionate hunger.  A variety of genres such as classic rock, classical, and Broadway tunes caught his attention before he later began exploring styles like witch house ,grunge, bubblegum pop, and screamo music in greater depth. Yearning to immerse himself even further in the industry, Scotty discovered his voice by studying with renowned vocal coach Katie Agresta, who is best known for her work with legendary artists such as Bon Jovi and Cyndi Lauper.  Naturally, he began writing himself and learned to produce and write all of his own songs, infusing them with his unique yet relatable perspective of the world.

Looking to the unconventional innovation of cultural icons such as David Bowie, Marilyn Manson, Madonna, and Depeche Mode for inspiration, Scotty Seed’s music and style represent the present, past, and future.  After being diagnosed with bipolar depression, he has become an advocate for mental health and the LGBTQ+ communities, and has continued to use art as an escape, penning his songs with the goal to create a safe space in which he is free to be himself and encourage his fans to do the same.  Scotty is one of NYC’s most rebellious creatives, recently releasing his new music video for “Hallows Eve.”  The spooky lead single and title track off his forthcoming sophomore album, “Hallows Eve” features elements of pop, rock, and dubstep, and is sure to leave viewers with goosebumps as they experience the haunting visual combined with Seed’s eerie vocals and an utterly vile bassline.  You can connect with Scotty Seed via the following links: