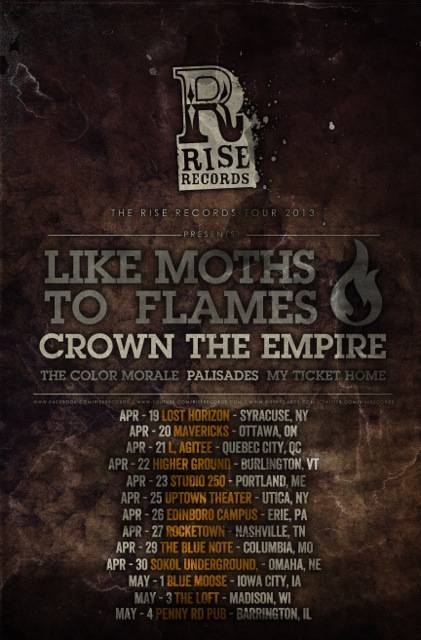 The Rise Records 2013 tour line-up has been announced. It will consist of the record’s roster Like Moths To Flames, Crown the Empire, The Color Morale, Palisades, and My Ticket Home. Check out the tour dates below.