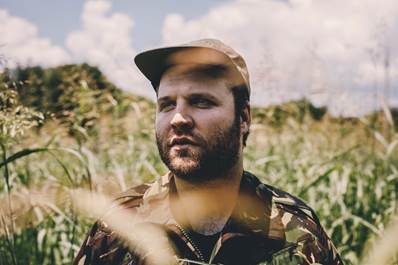 Birmingham, AL pop musician Preston Lovinggood has recently released his feel-good video for “Everything Will Be Okay”.  The song, which is inspired by “the place of wanting to find meaning in life rather than just moving through life” will be included in his upcoming album Consequences, which will be released on May 17th, 2019 on Last Gang Records.  Previously a member of the popular Birmingham indie rock band Wild Sweet Orange, he’s released two solo albums, his 2013 debut album Sun Songs followed by Shadow Songs.  He has previously worked with esteemed producers Darrell Thorp (Beck/Radiohead) and Taylor Hollingsworth (Dead Fingers/Conor Oberst/The Mystic Valley Band) in both Birmingham and LA.

Regarding the video, Lovinggood shares, “I’ve never been the type of person to talk loudly on a phone in a coffee shop or in public, but I’ve always admired those who could, those people who can just, ignore any thoughts or reactions people might have towards them and just be. So, walking around New York, looking out of place isn’t normal for me. But, I could always relate to the person who wanted to speak up, or say something, but was scared to use their voice. So, this version of me, walking around the street, a stranger in a strange land, using my voice to help people realize everything will be okay is something I’ve wanted to share with others.”

You can follow Lovinggood and stay up-to-date with all upcoming tour dates and album news via the following links.  You can check out the video for “Everything Will Be Okay” below.