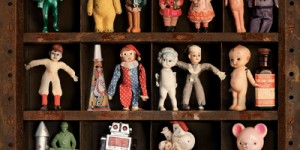 Marianas Trench will be releasing a new album Ever After on November 21st. It will be available at all HMV, Future Shop, and Best Buy stores near you (Canada). For out of Canada residents, or else Canadian residents who cannot find the physical copy, you can order one to be directly shipped to you using the 604 records online store. Also, they will be doing a limited run of Ever After on Vinyl. A pre-order link will be posted on the band’s Facebook as well so look out for that!

Ever After is a concept album, even more so than our last release Masterpiece Theatre. It is one continous piece and all the songs are joined together with interludes. It has an album opener, second movement and album closer just like our last album. We worked very hard on making sure every song was strong in itself and this album is very much meant to be listened to from begining to end. The music will lead you through the Ever After world, it also comes with a story booklet to guide you along the way. – Marianas Trench