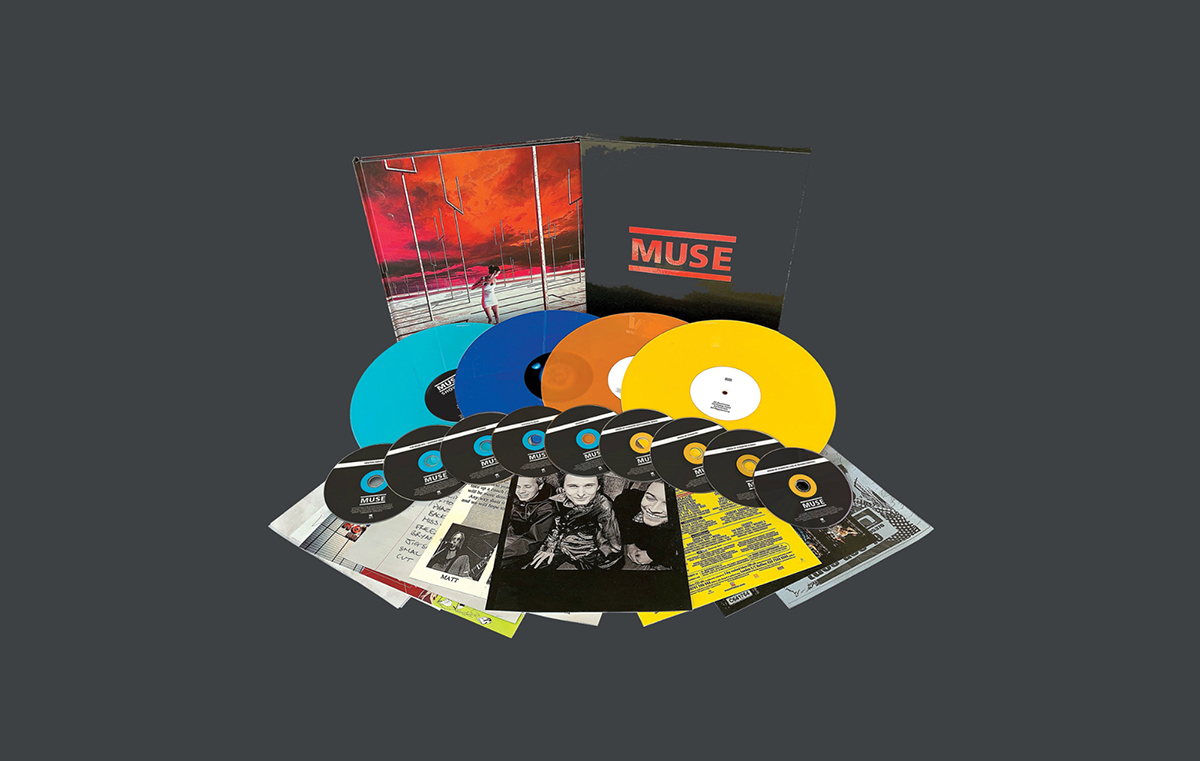 In celebration of the 20th Anniversary of the band’s debut album Showbiz, Muse have announced the release of the deluxe boxed set Origin of Muse on December 6th, 2019. This deluxe set will chronicle the band from their early beginnings in Devon, their early demos, first Eps, debut album and breakthrough record Origin of Symmetry.  The collection is housed in a 48 page casebound book which sits in a rigid board slipcase with anti-scratch and matte laminated finish with a spot gloss. The book contains an extensive and in-depth interview with Matt Bellamy, Dominic Howard and Chris Wolstenholme as they talk about the earliest beginnings of the band, as well as the recording and release of their debut album Showbiz through to Origin of Symmetry. The book also incorporates original posters, setlists, photographs and contact sheets which are inserted and can be pulled out from the book, as well as original artwork and all CD’s and vinyl.  The audio is 9 CD’s and 4 colored vinyl. It’s the ultimate collector’s edition for any Muse fan!
Muse is Matt Bellamy, Dominic Howard and Chris Wolstenholme.  Their most recent album Simulation Theory, was released in November last year.  Drones was released in June 2015 and debuted at number one in 21 countries around the world including their first number one album in the United States.  The album went on to win the Grammy Award, their second, for Best Rock Album in February 2016.  Since forming in 1994, Muse have released seven studio albums, selling over 20 million albums worldwide.  Widely recognised as one of the best live bands in the world, Muse have won numerous music awards including two Grammy Awards, an American Music Award, five MTV Europe Music Awards, two Brit Awards, ten NME Awards and seven Q Awards, amongst others.  You can follow the band and stay up-to-date on all news and tour dates via the following links:
Website | Facebook | Instagram | Twitter | Spotify | SoundCloud | iTunes/Apple Music | YouTube | Deezer | Google Play