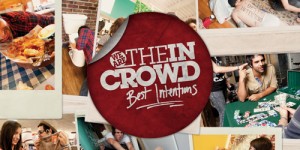 MTV is streaming all the tracks off of We Are The In Crowd’s new album Best Intentions which is set to release on October 4th, 2011. This album was produced by Zachary Odom and Kenneth Mount, and also is the band’s debut full length album that is sure to not disappoint. Check it out on MTV!