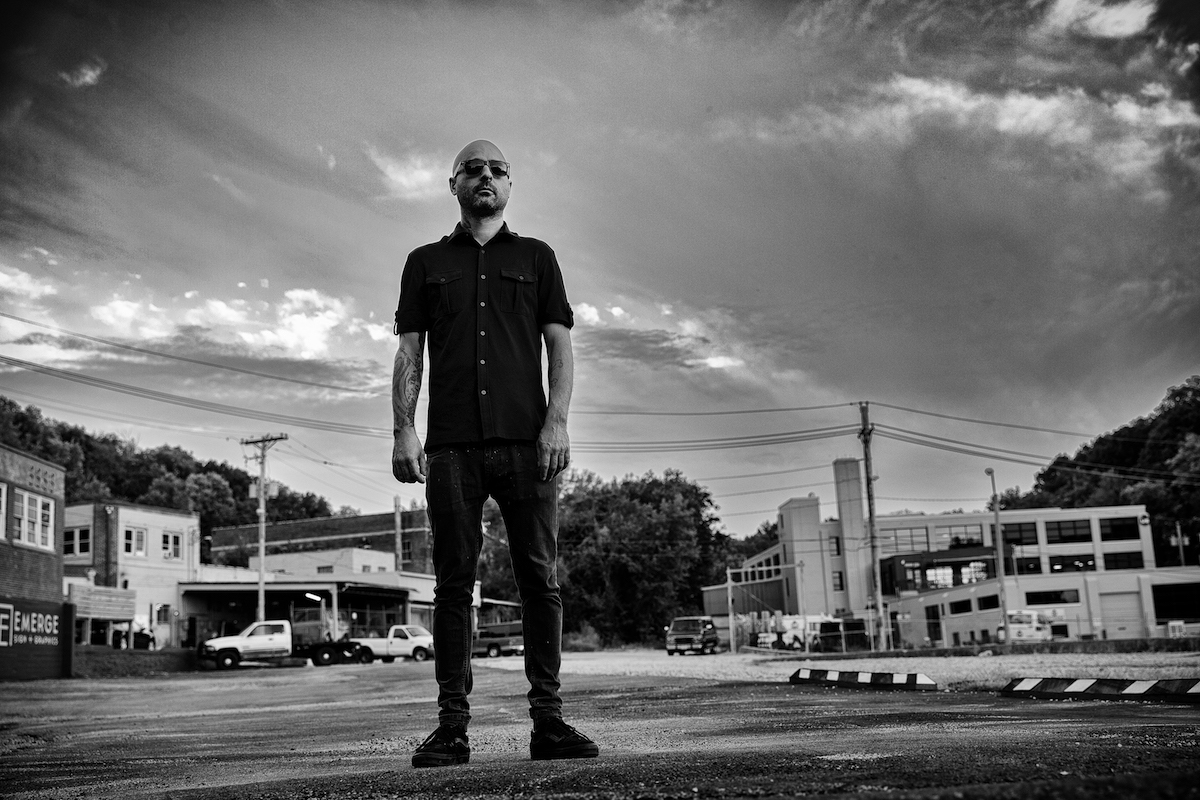 “‘Light’ is exactly how I sound singing over the ragged edge of a much-needed meltdown,” reveals Brandon Phillips, mastermind behind electronic darkwave band MENSA DEATHSQUAD, about his recently released latest single.  The longtime musician, songwriter, and member of bands The Gadjits, The Architects, and Other Americans, released a monstrous new full-length, Cyclist, earlier this year and is coming back with an emotional honesty that can’t be bargained with or swept under the rug – it demands to be known and it demands your surrender.  “‘Light’ was the first song I wrote with musician Barb Morrison (Antony and The Johnsons, Blondie, Deborah Harry) as my music mentor and it set the tone for both where I wanted to go with my new music and how Barb and I would work together,” explains Brandon. That tone embodies pulsing club kicks and throbbing waves of synthesizers slamming headlong into jagged post-punk guitars and emotionally raw vocals about a desire so powerful that simply admitting it’s existence would set fire to heaven and earth.

This is the first release of a larger work coming from Mensa Deathsquad in 2022 and it lays bare the passionate catharsis of Brandon’s new writing direction. “Barb was like, ‘Write a song, but don’t think about it… Just fucking sing.’  So I threw together a beat and hit RECORD and started singing words into the mic,” says Brandon. “Now, I cannot emphasize enough how absolutely agonizing this was. Even in an empty studio, my inner-critic was erupting with this withering rage like, ‘You fucking idiot! You have nothing written down!’ I keep singing this bit over and over and I start sweating… So I just string some words together in my head and hit RECORD. Without thinking about it at all in that one take I delivered the line exactly as you hear it now – the lyric, the melody, the whisper part – all unplanned. When I listened back, I choked up. I started bawling like you would not believe, but this voice in my head was like, ‘Don’t you dare stop now!’ So I blew my nose and finished the song and swore to myself not to change a single note.”  You can connect with MENSA DEATHSQUAD via the following links: