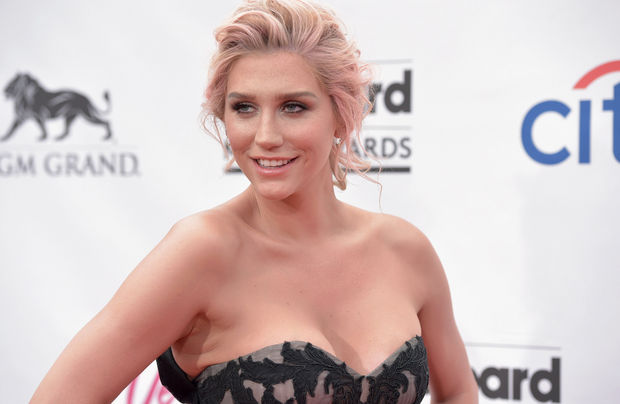 After her two month stint in rehab, Kesha teamed up with Elle UK to talk about her own insecurities and troubles she has faced while being in the music industry.

“Sure, I’ve written songs about partying, but my dirty little secret is that I’m actually incredibly responsible,” she writes when opening up about her trip to the rehab. “I take my music and career very seriously, and certainly didn’t land in this situation from partying. But I was cut off from the outside world and I imagined people making up stories at a time when what I really needed was support.”Kesha goes on to describe her passion for music that spawned from feeling like an outsider through her early years, coping with bullying at school by dedicating herself to her art until singing a record contract at 18. But even though she found her unique style rewarded, the entertainment business was not a salvation. “The music industry has set unrealistic expectations for what a body is supposed to look like, and I started becoming overly critical of my own body because of that,” she writes. “I felt like people were always lurking, trying to take pictures of me with the intention of putting them up opine or printing them in magazines and making me look terrible.”She stood up for herself through her music, writing anthems for empowerment like “We R Who We R,” “Warrior” and “Love Into The Light,” but even those began to feel like lies. “I felt like a liar, telling people to love themselves as they are, while I was being hateful to myself and really hurting my body. I wanted to control things that weren’t in my power, but I was controlling the wrong things. I convinced myself that being sick, being skinny was part of my job. It felt safer somehow.”Eventually, she asked her mom for help and admitted herself to rehab. The growth process was slow at first but it worked and she was able to focus on her music without obsessing over how she looks.“I knew I was ready to leave when I’d gained enough confidence to get on a plane knowing there would be paparazzi at the airport at the other end. I was right – they were there. But this time, when I saw the pictures, I felt OK.”