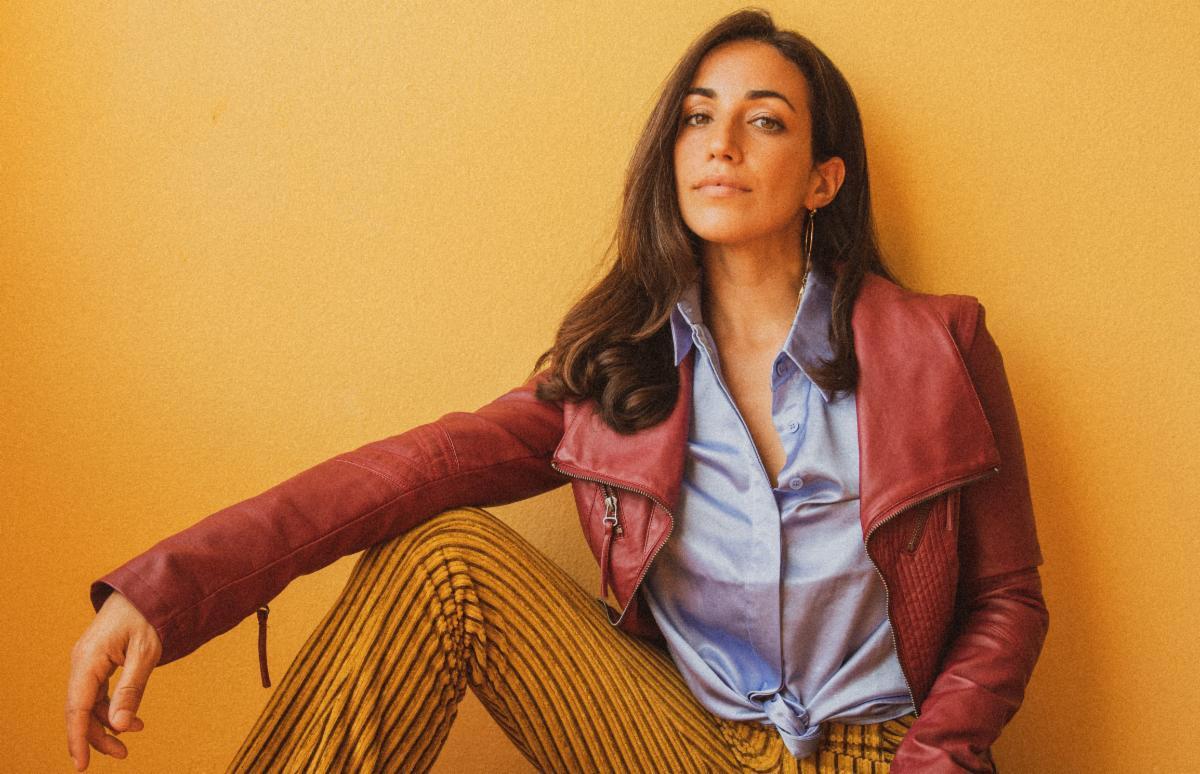 Singer-songwriter Juliana Riccardi has announced her sophomore EP, Full Cup, due out October 8th. On August 25th, Juliana released the introspective title track which was recorded live and highlights her soulful powerhouse vocals over a blend of trumpets, scuzzy guitar, and soft drums as she answers the age-old question of do you view life as a glass full or empty?  Mixed by nine-time GRAMMY Award-Winner Darrell Thorp (Beck, Radiohead, Switchfoot, Jenny Lewis, Metric), the track details moments of clarity as she views her relationship with herself through cups of coffee, water, and whiskey.

“It’s about being happy with yourself and all the aspects of that feeling,” Juliana shares.  “Each verse shows a side and perspective of you but can also be related to a romantic relationship as well.  That was the initial inspiration behind the song, however over time it became much more than that.  Whether you’re waking up to yourself or someone else, you’re full.”
On working with Darrell Thorp for “Full Cup,” she adds, “I love how he preserved the dynamics of the live band performance while elevating the tune sonically. There was magic he was able to bring to the forefront without losing the organic space in the recording.”
Combining aspects of her native New Yorker grit and incorporating a number of styles that have impacted her authentic energy — including her background in Jazz Performance, connection to blues and roots, and influences of the 60s and 70s (Stevie Nicks, Creedence Clearwater Revival, and Bonnie Raitt) — “Full Cup” offers a glimpse into Juliana’s forthcoming EP.  In search of truth in her expression, the Los Angeles based singer-songwriter and burgeoning producer unveils a new dimension of her dynamic sound on Full Cup which was recorded live at Dreamland Recording Studio and bonds analog and digital effects to create a textural firestorm.
“Recording at the legendary Dreamland Recording Studio in NY was literally that: a dream,” Juliana shares. “It was a playground of killer vintage instruments and analog gear in a magical converted church out in nature. GRAMMY Award winning mixer and producer, Will Hensley, along with producer and bassist Jeremy McDonald (Kevin Garrett), really helped elevate the performances and interpretations of these once acoustic-only tunes.”

Throughout Full Cup, Juliana reveals an intimate portrait of her most vibrant self, creating a serene and reflective soundscape indicative of her foundational East Coast expression and newfound West Coast clarity.  Accompanying Juliana on the EP is a critically acclaimed ensemble of longtime creative associates and dear friends including Will Hensley [guitar, pedal steel], Jeremy McDonald [bass], Nick D’Agostino [drums], Todd Caldwell [keys], Wayne Tucker [trumpet] and Runson Willis [harmonica].  In some measure, each song on Full Cup expresses a shift Juliana felt in her personal life as well as her artistry.  “I’m at an age when I don’t care that my musical gesture comes out as more than any one style.  It’s my style.  And I’m proud of that. I’m proud of this record being a heightened version of myself.”  Stay tuned for more music from Juliana Riccardi in the coming weeks!  You can connect with Juliana Riccardi via the following links.  Photo credit: Maiwenn Raoult.
Website | Facebook | Instagram | Spotify | iTunes/Apple Music | Amazon Music | YouTube