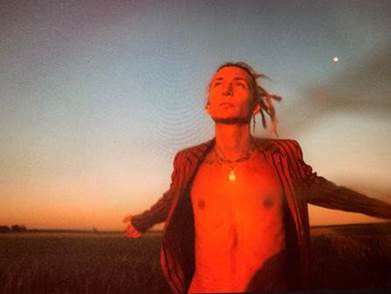 Drawn magnetically to a shared human spirit, Jagwar Twin melds a worldly-ensemble of alternative sounds on songs like “Loser,” a track that speaks to how we are all more alike than different, and “Long Time Coming”, a powerful reminder that hope and love has the ability to help us overcome adversity. “Loser” made an instantaneous splash after premiering worldwide on Zane Lowe’s Beats 1, racking up more than 4 million Spotify streams and garnering early Alternative Radio airplay, and “Long Time Coming” has been featured on key Spotify, Apple Music and Amazon Music playlists.

Produced by S1 (Kanye West, Beyoncé, Lorde) and Linus (Blink-182, All Time Low) with mixing by Adam Hawkins (Twenty One Pilots), Subject to Flooding is the result of a uniquely collaborative process that leaves room for everyone where egos are set aside and a “we, not me” mentality reigns. Touching on the duality of life and the search for equilibrium and self-discovery, Jagwar Twin reminds us that connecting our energies and spirits together can lead to something greater than initially imagined. In letting go of ego, we often find ourselves. As a self-taught singer in high school, Roy was bullied for his vocal tone. Early on he realized that he could channel that negative energy into art and dove deeper into self-exploration through songwriting and production. Jagwar Twin eventually connected with producers S1 and Linus, leading to a highly collaborative, democratic production process which ultimately welcomed contributions from Jeff Bhasker, Travis Barker of Blink-182, children’s choirs and more. With the fragile state of the world emotionally, physically, environmentally, and politically, Jagwar Twin exists to find energy and spirit in our shared humanity.

Jagwar Twin will be on the road this Fall as support on Avril Lavigne’s Head Above Water Tour.  You can follow Jagwar Twin and stay up-to-date with all upcoming music, artist and tour news, as well as stream and purchase his music, via the following links: