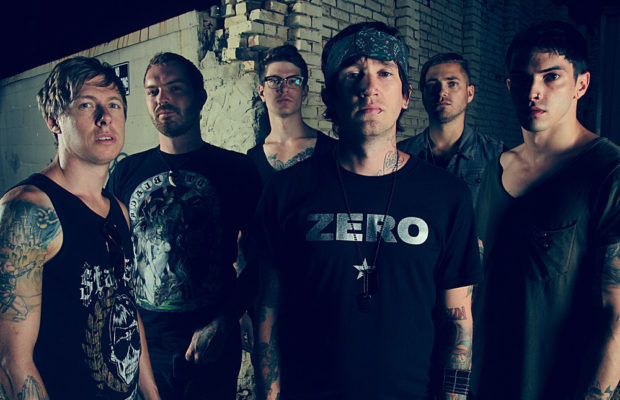 Becoming a household name in the rock scene since forming in 2004, Alesana just announced a ten-year anniversary tour for their album, On Frail Wings of Vanity and Wax, and will be re-releasing their album, Confessions, along with an exclusive novel on August 31st. We recently caught up with vocalist Shawn Milke who told us everything you need to know about what’s coming up for the band.

You announced that Alesana will be doing a ten year anniversary tour for On Frail Wings of Vanity and Wax. How did the idea of an anniversary tour come up and what can fans expect from the shows this fall?

We were invited to play Knotfest in Mexico this fall and instead of just getting us all together for one show, we decided it would be cool to do a short run. Frail Wings celebrated 10 years this year so we thought it would be a good time to play that album front to back for our fans.

Alesana will be re-releasing Confessions with new artwork, two new tracks and more. What made you decide to do the re-release and is there anything you can tell us about the two new tracks that come along with the pre-order?

We released “Fatima Rusalka” as a stand alone single several years ago, but in actuality, it is very much a part of the concept behind Confessions. I thought it would be fun to include it as a part of the album. I also did a track that reflects the epilogue of Annabel and thought it would cool for fans to include that as well. It also gave us a chance to reimagine the artwork as well as combine it with the release of the novel Annabel.

Along with the re-releasing of Confessions, you are also releasing Annabel, the novella that inspired the Annabel Trilogy. How did the idea for these past concept albums come up and where did the fictional character of Annabel come from?

Dennis [Lee] and I decided with The Emptiness that we were ready to start telling our own story. My fantasy was to eventually create a trilogy and then write a book inspired by that trilogy of albums. Lo and behold, here we are. It is a dream come true. Our titular character was inspired by Edgar Allen Poe’s poem Annabel Lee. We wanted her to be beautiful, troubled, and brave.

Since three of your past records have been concept albums, did you have to change the way you normally would write songs or was incorporating the ideas and storylines into the process something that came naturally?

It came very naturally, but not without it’s challenges. We had always based our albums off of literature, but when telling our own story, we were sort of flying without a parachute. It was exciting, challenging, and rewarding.

You are very active on social media. How has the internet and social media sites like Twitter and Facebook impacted the band whether positively or negatively?

Much like everything in life, there are ups and downs. We only hope that our fans, and all fans of great art and music, are able to separate true passion from illusion.