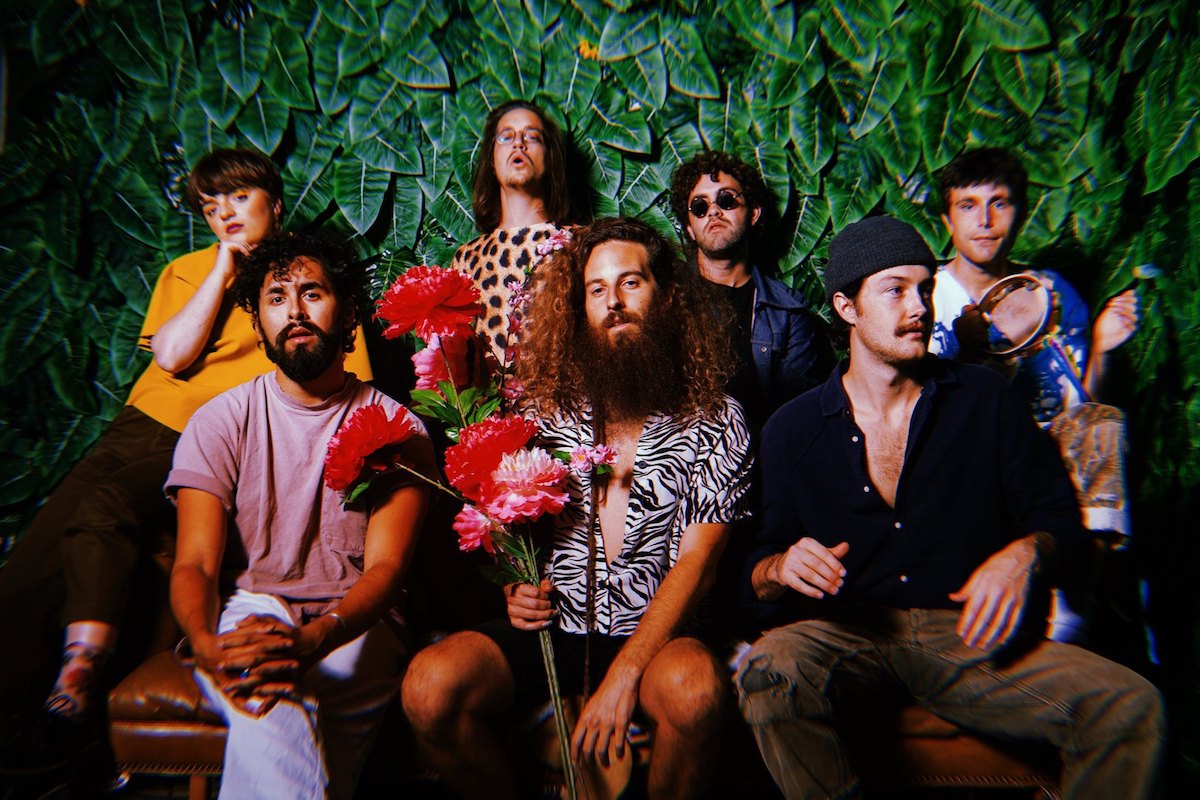 Art pop collective Hello Forever has announced their debut album Whatever It Is, out January 31st, 2020.  From the album comes the group’s latest single and accompanying music video for “Anywhere Is Everywhere,” a track that capture’s Hello Forever’s essence, hinging on finger-snaps and a bedrock of barbershop quartet-style harmonies.  Front man Samuel Joseph shares, “‘Anywhere is Everywhere’ is one of those magical songs that write themselves.  I was visiting my mother, sitting in my childhood bedroom, and I was thinking about how much I love songs about the peculiar bits of life that fall in between.  And then I thought ‘what about a song about going somewhere’ – and, boop, there it was five minutes later.  It’s short and sweet.  And in the end it turned out to be about being okay with yourself.  Which can be really hard.  Self-doubt can be crushingly powerful.  We’re all working with it all the time.  So I kind of like the idea of this song taking that on with a bit of joy and letting it sound easy for a moment.”  He continues, “We’ve been making all the music videos, including this one, at the Hello Forever house, on our own with a couple good friends.  We had some big paper around from a photo project, and we hauled it out into the yard and played around for a few hours. It was a major brine!,”

The debut album, Whatever It Is, combines a wide range of Hello Forever’s influences from doo-wop and jazz to skiffle and R&B while elaborate arrangements juxtapose concise songs across this laptop-age “pocket symphony.”  Hello Forever has received praise from buzzbands.la who state the group “engage in the business of making feel-good music” while incorporating elements reminiscent of the 1960s.   The album was recorded over 200 days in bedrooms and borrowed studios in Santa Monica and Castaic by Joseph who immersed himself in constant production. Whatever It Is also features the collective’s previous single, “Some Faith”.  Based in Topanga, CA and lead by eccentric songwriter, Samuel Joseph, Hello Forever lives together in seclusion on the abandoned grounds of a late 1960s nudist commune which they found on craigslist.  Many collaborators cycle through Hello Forever’s remote compound, couch diving or squatting in tents nearby, but a core group of Joseph’s cadre are steady at the heart of the collective.  Molly Pease, Andy Jimenez, Jaron Crespi, Joey Briggs, Gabe Stout, and Anand Darsie were picked up by Joseph at various beach bonfires, club gigs, art school gallery expositions and meditation retreats throughout greater Los Angeles.  Keeping a stringent 5-day-a-week rehearsal schedule, the collective resurrects the close harmony “California sound” of seminal mid-century vocal groups for their frenzied live concert performances.   You can follow Hello Forever and stay up-to-date on all upcoming band, music and tour news via the following links.  Photo credit: Brandon Weiss.