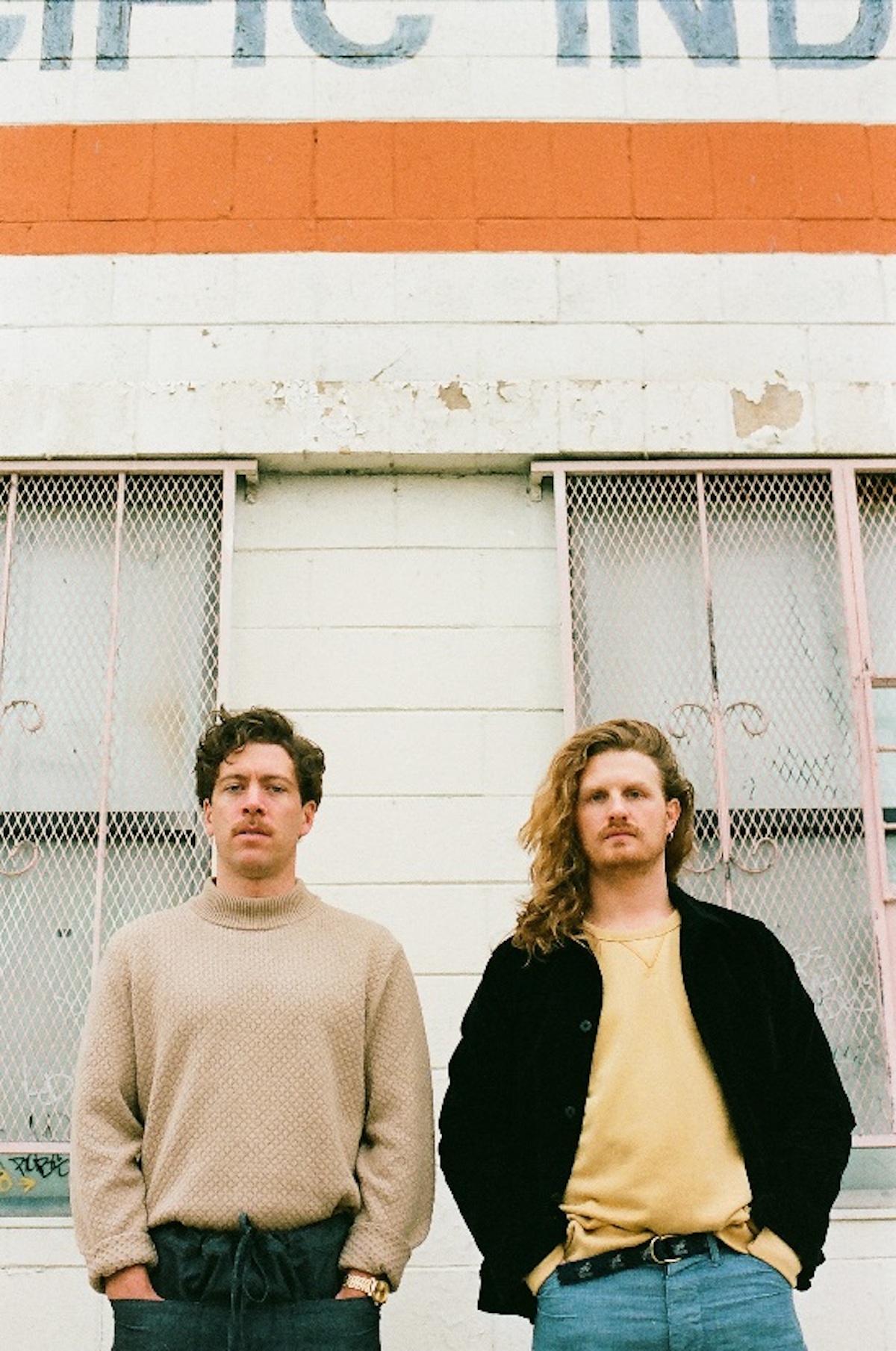 Platinum-selling duo FRENSHIP – James Sunderland and Brett Hite – have announced their forthcoming EP, Vacation Versions, out November 1st via Counter Records (part of the Ninja Tune family) which features re-imagined versions of four tracks from Vacation.  Like its counterpart, Vacation Versions cohesively examines the nuances of relationships and the idea of happiness and home with the duo’s hot-cold relationship with Los Angeles serving as one of the inspirations.  From the EP comes first single “Remind You (Vacation Version),” trading electro-pop synths and a bouncy melody for soft keys alongside hauntingly warm harmonies addressing the insecurities which can often affect someone on one side of a relationship.  Along with the news of the EP, FRENSHIP have announced their new documentary, FRENSHIP: The Road to Vacation, set for release on November 5th and directed by Matt Kleiner (Way Of The Ocean: Australia, Kerrzy).     The documentary follows FRENSHIP‘s journey from the moments they first met while working at Lululemon to the beginning stages of creating music together leading to their 2016 global hit “Capsize” with Emily Warren which has garnered nearly 520 million streams and multiple gold and platinum certifications around the world, an inside look at the process behind their debut full-length, Vacation (out now), and an extensive tour schedule as they opened for Bastille on their world tour before selling out their 2018 U.S. headliner.
FRENSHIP will also perform at an intimate hometown show on November 7th at Masonic Lodge at Hollywood Forever in Los Angeles, CA, bringing their dreamy synths and high-energy showmanship for an exclusive, never done before evening promptly titled “The Last Vacation.”  Vacation follows a series of buzzed-about singles including “Capsize,” which reached notable chart positions in 25 countries, and “1,000 Nights” which FRENSHIP performed on Jimmy Kimmel Live.  The album features “Remind You“, “Won’t Let You Go” featuring Bastille and “Wanted A Name” featuring Yoke Lore accompanied by a powerful video  featuring acclaimed actress Millicent Simmonds (A Quiet Place, Wonderstruck).  The duo, whose brilliant production chops and diverse inspirations color their wide-angle indie-pop songs, were picked as Spotify’s #2 Breakout Artist in 2016, were one of Shazam’s 2017 Emerging Artists, have garnered over 800 million global streams and 2.4 million monthly listeners on Spotify, and are a festival favorite, having performed at Lollapalooza, Bonnaroo, Outside Lands, Life Is Beautiful, and Voodoo.  You can follow FRENSHIP and stay up-to-date on all upcoming album, band and tour news, as well as stream and purchase their music, via the following links.  Photo credit: Pooneh Ghana.
Website | Facebook | Instagram | Twitter | Spotify | SoundCloud | YouTube | iTunes/Apple Music | Deezer | Google Play | Bandcamp