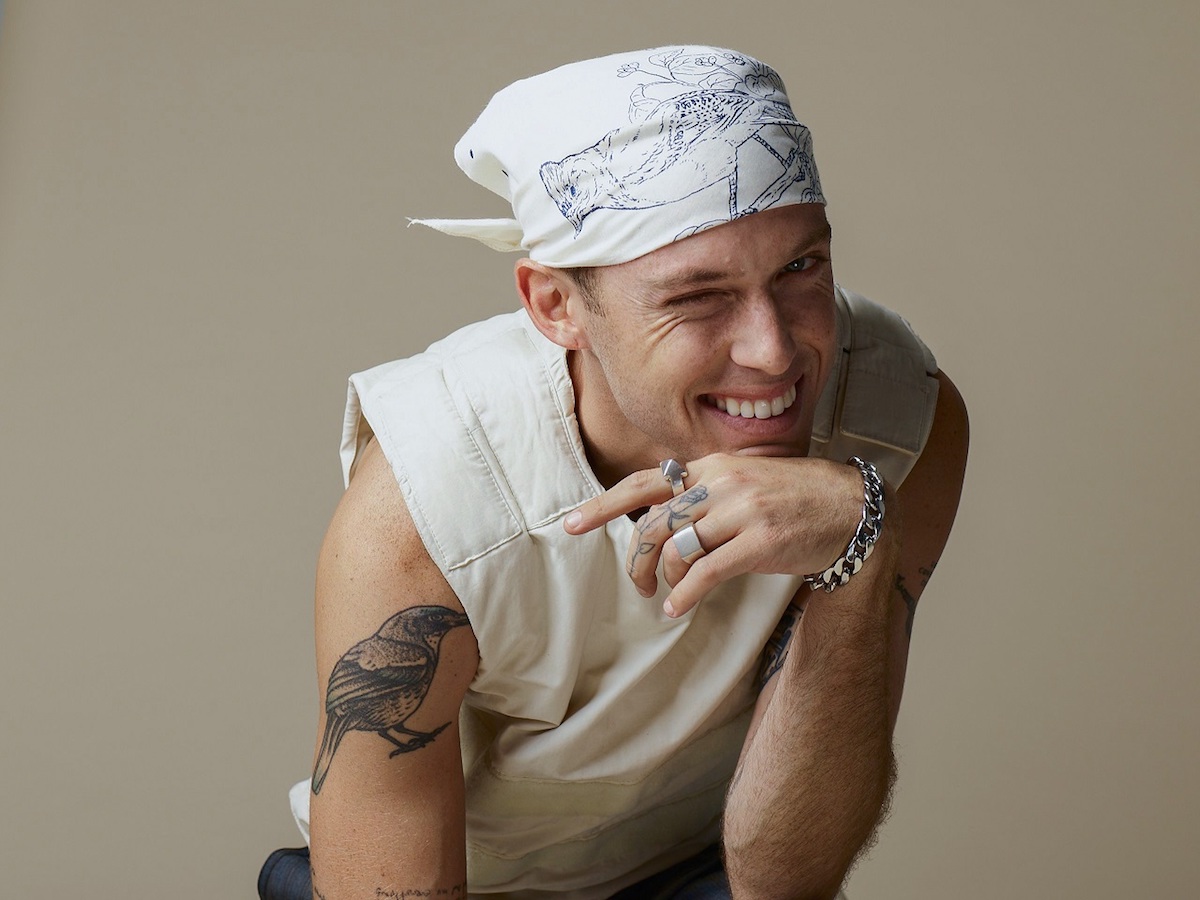 Singer, songwriter and activist Harry Hudson released the music video for his latest single “Take My Time”, which captures Harry following his heart, realizing that relationships need space to grow, and experiencing the euphoria that comes with finding true love (with a cameo from his gf Eve Jobs).  The latest single off Harry’s sophomore album Hey, I’m Here For You, “Take My Time” follows on the heels of the recently announced completion of the Hey, I’m Here For You Teen Lounge at Vanderbilt University Medical Center, which was funded by friend Kylie Jenner who made a $500,000 donation in his honor, along with additional funds from Teen Cancer America.  As an ambassador for Teen Cancer America, Harry led the charge on the lounge for adolescent and young adults undergoing cancer treatment in a comfortable space to pursue their passions, which helped him not just survive but thrive through his passion of music.  Located on the sixth floor of the Children’s Hospital, the lounge offers electronic equipment including video games and a big screen television, a selection of movies and streaming capabilities, a meditation room, and more as it offers a fun and creative sanctuary for teens who are isolated while undergoing treatment.

“I am so grateful for Kylie’s friendship and the impact she’s had on my life and my cancer journey,” said Hudson. “She has always been there for me, and together, we wanted to figure out a way to be there for other young people who are battling this disease. With the help of Teen Cancer America, we were able to contribute the first Hey, I’m Here For You Teen lounge at Children’s Hospital at Vanderbilt —a comfortable space for young people undergoing treatment to pursue their passions. This is a full-circle moment for me, and I am excited to continue growing my partnership with Children’s Hospital at Vanderbilt and TCA.”

Hey, I’m Here For You is a powerful display of his artistry, showcasing Harry’s vocal technique, musicality, and vision, and has garnered over 21.7 million Spotify streams.  Centering his music around personal growth and a commitment to helping others, Hey, I’m Here For You is full of powerful messages tied to this concept as he found the light that pulled him out of the darkness and details his journey of persevering following his personal battle and recovery of cancer.  In addition to “Take My Time,” the album features previously released standout singles “Closing Doors” ft. Astrid S, “Overwhelmed,” and “Just Slide” ft. Jaden which have all been quickly adding to Harry’s more than 100 million global streams.  A creative soul and global citizen, Harry Hudson is 27-year old pop star with a distinct maturity, unwavering self-assurance and a refined worldliness most never achieve until far later in life.  He’s channeled that roller coaster of an emotional experience into supremely visceral and boundary-shattering alternative/pop music and says he views the world around him with open eyes like never before.  Harry is a multi-faceted visionary, who is fast becoming one of the music industry’s most intriguing voices.  In 2018, he released his single “Yellow Lights,” which has been streamed more than 25 million times on Spotify and reached the Top 10 on the platform’s U.S. Viral Chart, off his critically acclaimed debut album, Yesterday’s Tomorrow Night.   The project is a highly personal, soul-infected batch of pop music released via a joint partnership between Roc Nation and his close friends, Jaden and Willow Smith’s MSFTS Music.  You can connect with Harry Hudson via the following links.  Cover photo credit: Gio Monica.