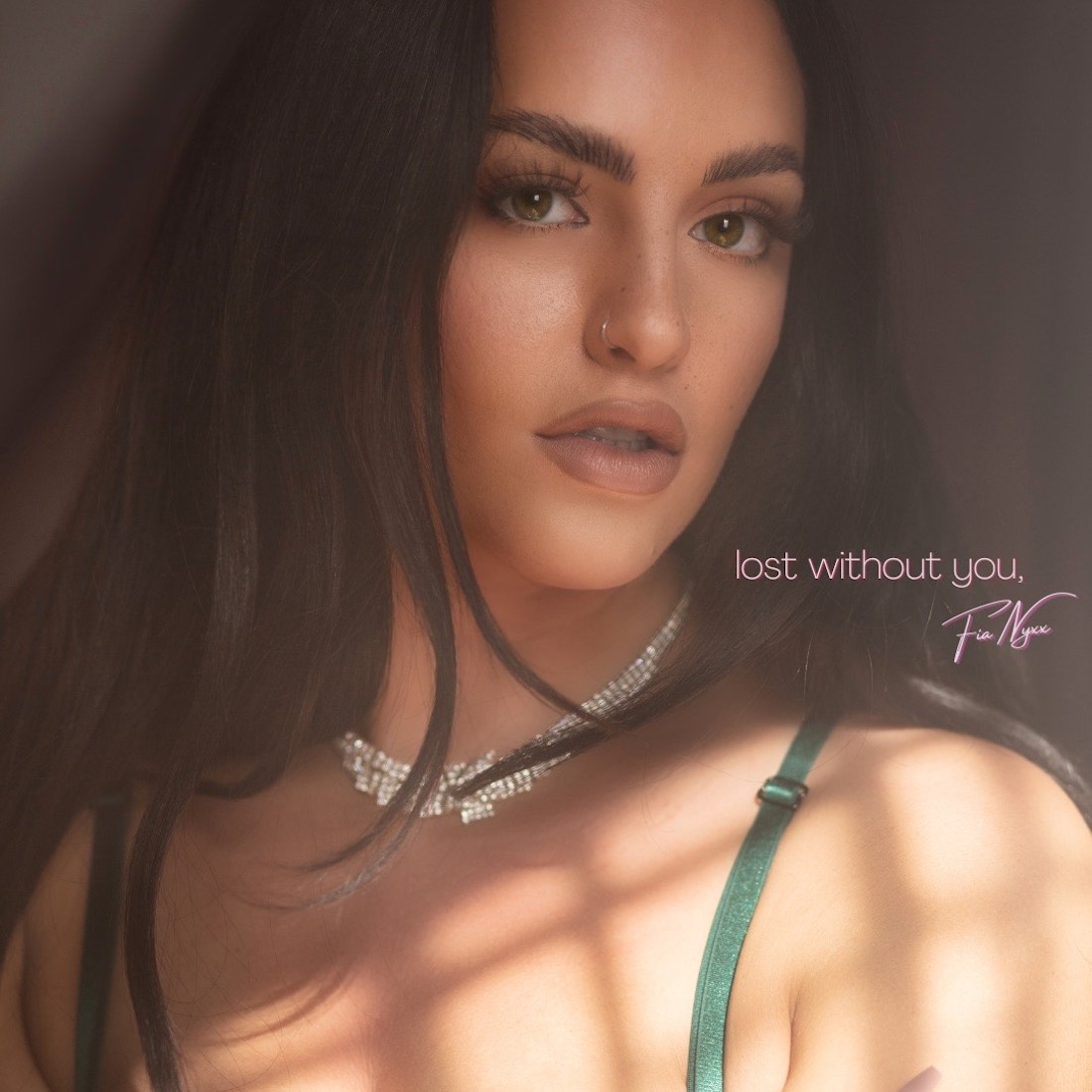 Fia Nyxx embraces a theatrical approach to her music, embodying a brilliantly experimental clash of genres to transcend her once, ‘pop-artist’ image.  This “first-rate,” old Hollywood glam-star, garnished with a rockstar twist, unleashes a masterful vision for storytelling and larger-than-life performances, continuing to “break barriers with a WAVE of new listeners” following her latest release of sophomore album, Red Umbrella. On November 18th, Fia Nyxx released her latest track, a sensual version of the ballad that People magazine voted as 2007 sexiest song of the year, Robin Thicke’s “Lost Without You.” Her sultry vocals ease along a delectable, yet simple, set of strings sprinkled with delicate guitar riffs and dripping in juicy synth snares.  Warming up to a passionate peak in the final chorus and bridge, Fia’s voice remains tender and effortless.  The production maintains a “live” feel, keeping the emotion as raw as the immaculate vocal.

Deemed “one of the greatest vocalists of our generation,”  Fia recorded her first album, Everything Girl, at FAME Studios in Muscle Shoals, AL under the musical direction of Will McFarlane (Etta James, Bonnie Raitt, Bobby “Blue” Bland), Brian Malouf (Michael Jackson, Queen, Madonna) and features players from the iconic Muscle Shoals Rhythm Section, ‘The Swampers.’  She has toured the U.S. and Asia, and has been featured on the back cover of Billboard Magazine, Rolling Stone, CelebMix, Music Connection, Elicit Magazine, Prelude Press, Buzz Music, The Hype Magazine, Music and Fashion, We Write About Music, KIMU, Sinusoidal Music and many more. You can connect with Fia Nyxx via the following links. Bio taken from press release.