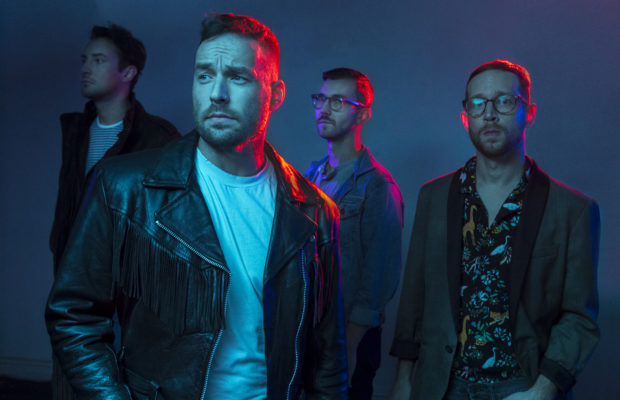 Lexington, KY alternative pop/rock band Emarosa has released their latest single “Cautious” from their upcoming album Peach Club.  This is the third single that has been released from the new album which is set to be released on February 8th.  Billboard broke the news on the new music, calling the track “guitar-heavy and vibrant in its synth-pop tendencies.” The song navigates through post-breakup decisions and the way those choices can define you.” Sex after heartbreak can tell you a lot about who you are,” frontman Bradley Walden says of “Cautious”.  “If you move on, you move on. If you can’t move on, maybe that was love you had.”  The band will be be playing a handful of dates, listed below, in support of the album.  You can follow the band and stay up-to-date with all music and upcoming tour dates via the following links.  You can pre-order the album HERE.  You can listen to “Cautious” below.