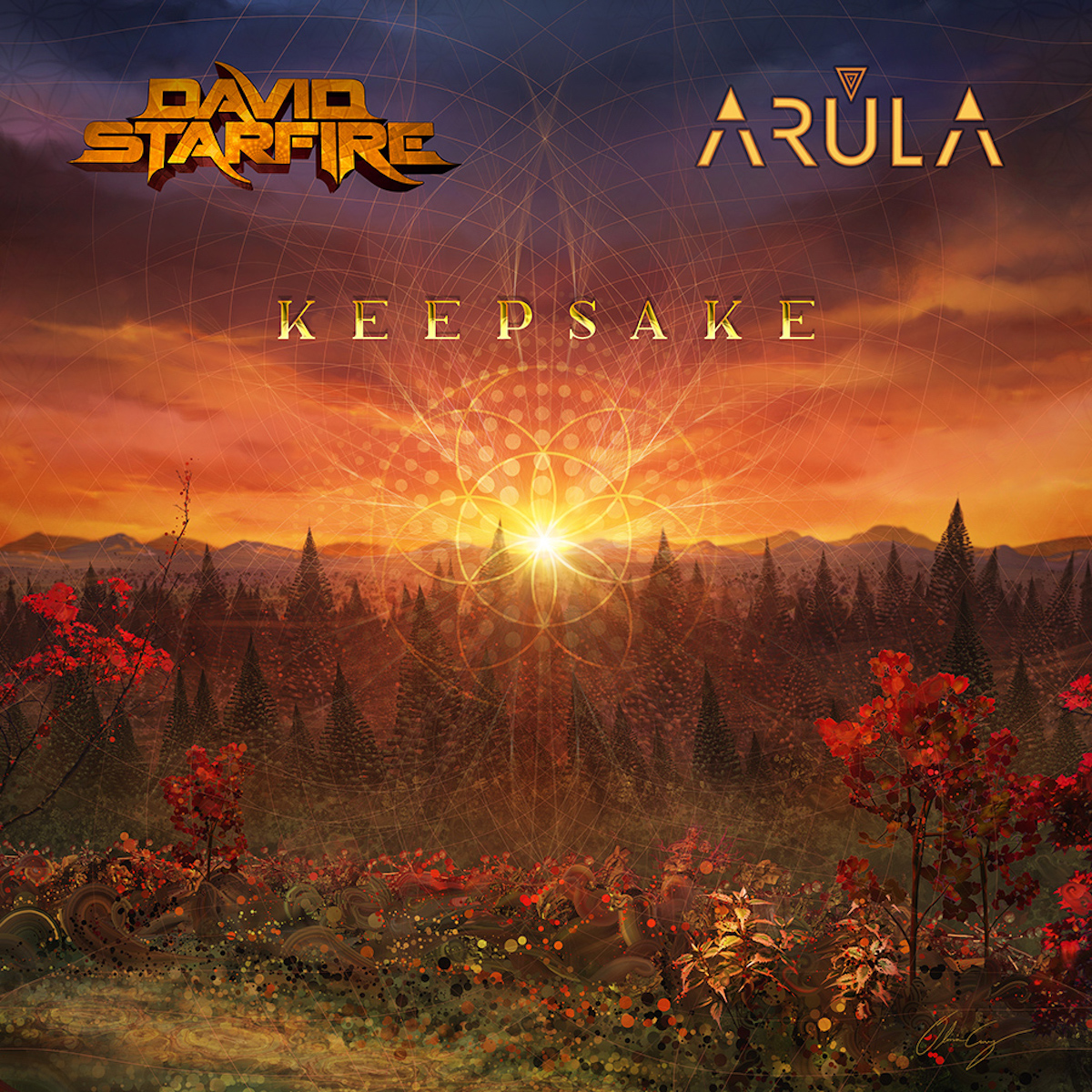 Emerging vocalist Arula has teamed up with global bass music pioneer David Starfire for a refreshing and spiritually rich single titled “Keepsake.”  Releasing his official remix for world renowned electronic music artist DubFX last month titled “Fire Every Day,” David Starfire layers Arula’s ethereal vocals over Drumspyder’s hypnotic percussion, and world music virtuoso Jef Stott’s masterful Oud.  The result is a tightly woven vibrant tapestry of sonic textures.  Dexterously fusing mystical rhythms and Eastern inspired beats “Keepsake” delivers an electrifying and euphoric listening experience where Arula’s otherworldly vocals are the central focal point.  “Keepsake” is an alluring synthesis of electronic, hip-hop and world music that leaves its listeners simultaneously both breathless and inspired.  The seductively crafted song lures your bare feet to dance and rejoice in the earth, to remember Mother Nature is our “Keepsake.”  “Keepsake” is out now on independent electronic music emblem Amrita Recordings.  “Drawing from our unique musical backgrounds we felt inspired to create a track that is both fun and evocative as well as haunting and prayerful, an anthem to the earth that we feel celebrates the dualities of both the masculine and feminine archetypes.  “Keepsake” is a call to action to be better stewards of the earth as well as a celebration to remember our capacity to create change.” -David Starfire & Arula

Named by BBC Radio as “One of the most brilliant world-fusion producers of our time,” David Starfire is widely recognized as a pioneer of the global bass genre. His unique sound has led him to share the stage with top artists including as direct support for Bassnectar and Skrillex. Throughout the years, David has graced the stages of prominent festivals such as Winter Music Conference, Coachella, Outside Lands, Burning Man, Oregon Eclipse, Shambhala, and Lightning in a Bottle. In 2013 Starfire’s Ascend album reached #7 on the iTunes World Music chart; he also has hit #1 twice for his remixes on Hype Machine.  No stranger to the art of collaboration, David previously joined forces with the likes of Afrika Bambaataa, Sizzla, Ooah (The Glitch Mob), Beats Antique (Sidecar Tommy), Alex Grey, and Grammy-nominated vocalist Chaytanya. He also traded remixes with Desert Dwellers, iLL Gates, CloZee, and Beats Antique.  Showcasing his dynamic sound around the world in exotic places such as Thailand, Egypt, and India, David’s performances have included public and private shows for Lucas Films, Samsung, Sprint, Beats Audio, Google, Nokia, HP, Virgin Galactic, Roland, Flaunt Magazine, Red Bull, Warner Music, and Atlantic Records among other powerhouse companies. Over the last 14 years, David developed an impressive body of music releases composed of 4 albums, 8 EPs and a plethora of singles and remixes. His songs can be found in shows on television networks including ESPN2, Fox Sports, MTV, MTV2, Showtime, HBO, and video games for companies such as EA Sports. David’s songs are also featured in music compilations for companies such as Sony, Lonely Planet, Red Bull, and Craig’s List. His song “Shout it Out” was in regular rotation at Starbucks.  You can connect with David Starfire via the following links:

Arula is a singer-songwriter, electronic music producer, and embodied-movement guide.  She views music & movement as sacred expressions of a universal language, a language that unites and empowers people from all backgrounds. As a musician and movement artist she values expression as a path to awakening and a gateway to explore the different parts of ourselves, the light and the shadow, exploring duality as a path to unity. Her songs are inspired by our collective narrative as well as her own personal journey of connecting deeper to one’s truest self. While it is difficult to categorize her eclectic sound, it could best be described as haunting, sultry, and sacred. Her voice provides a bridge to the ethereal and spiritual realms. While unparalleled it encompasses hints of Kate Bush, Florence Welch, and Sevdaliza. Performing at festivals such as Serenity Gathering, Oregon Eclipse, and Unity, Arula has also co-produced experiential events such as Sensual (NOVA/Heather Christie), and Pulse (Mezzanine SF/Jeremy Falk Yoga). Collaborating with various musicians and producers including Aurka, Alexis Flow, David Starfire, DrumSpyder, Fraktal, Jef Stott, and Vitamindevo, Arula is the founder of Urban Mystic Movement and Sound. She currently resides in San Francisco where she guides Qigong and Vinyasa classes, facilitates monthly Full Moon ceremonies, and co-creates events focused on vocal expression, somatic movement, live music, and sensuality.  This fall Arula will release her EP dedicated to earth activism. Her latest release “How Long” is a tribal fusion track that poses the question “for how long will we continue to dilute the voice and intuition of the feminine essence, the wisdom of the earth?” Arula recently released a music video for the song, a long-distance collaboration that featured various dancers, activists, and artists depicting their expressive interpretations of the song.  You can connect with Arula via the following links: